Because Mark Cuban refuses to listen to any of my million dollar ideas no matter how many times I call and pretend to be a cousin, this is a video from a woman who spotted a legitimate shark tank on I-95 near Baltimore. I assume the tank was either traveling to or from the National Aquarium in Baltimore, or, who knows, maybe a supervillain’s lair. My point is this: Finding Nemo 3 looks like it’s going to be *putting on cool guy snorkel goggles* off the hook. “Like a fish!” It’s like we just wrote the movie ourselves.

Thanks to MSA, who agrees that, while there are plenty of fish in the sea, apparently there are some on the highway as well. 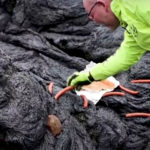 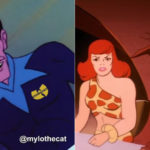