To infinity and beyond -- that's the real message here, kids.
Richard Branson’s Message From Space 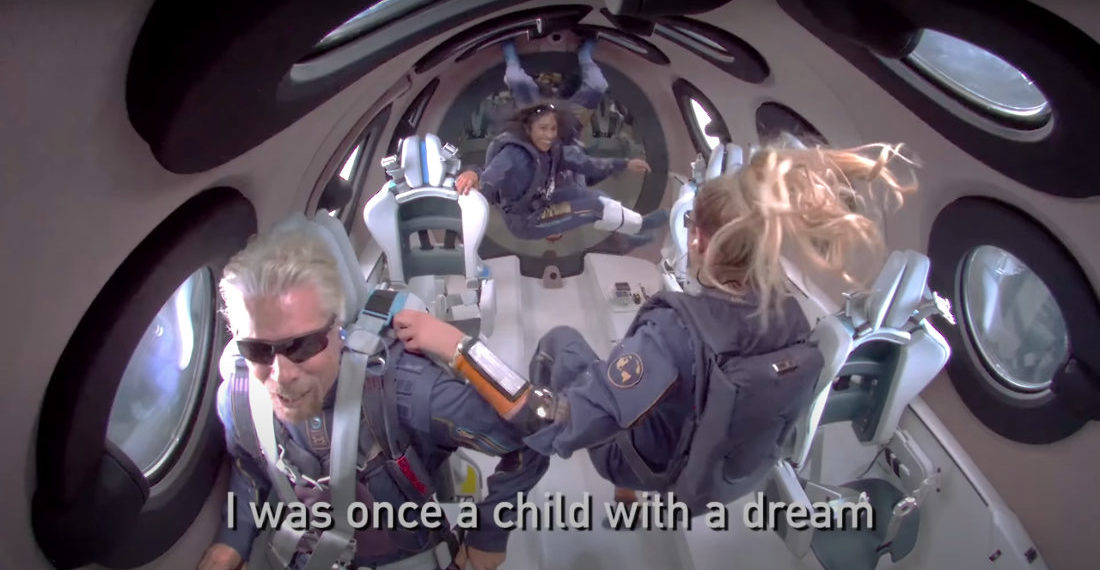 Seen here channeling his inner Dog The Bounty Hunter, this is a video of billionaire Richard Branson delivering an inspirational message to children from his recent trip to suborbital space aboard the Virgin Space Ship Unity. In his own words while I daydream about floating in space instead of a lukewarm bath with pruney fingers:

To all you kids down there, I was a child with a dream, looking up to the stars. Now I am an adult in spaceship with lots of other wonderful adults looking down to our beautiful, beautiful earth. To the next generation of dreamers, if we can do this, just imagine what you can do. Heeey! *removes seatbelt to begin floating*

As you may be aware, Jeff Bezos also has a trip to space scheduled on July 20th aboard a New Shepard Rocket developed by his space company Blue Origin. The company released an infographic last week comparing their program with Branson’s and throwing some shade in the process (included below the video). Real mature. When reached for comment about Branson’s successful space flight, Alexa told me half the components of Virgin’s spaceship were probably purchased off Amazon anyways. Sassy! 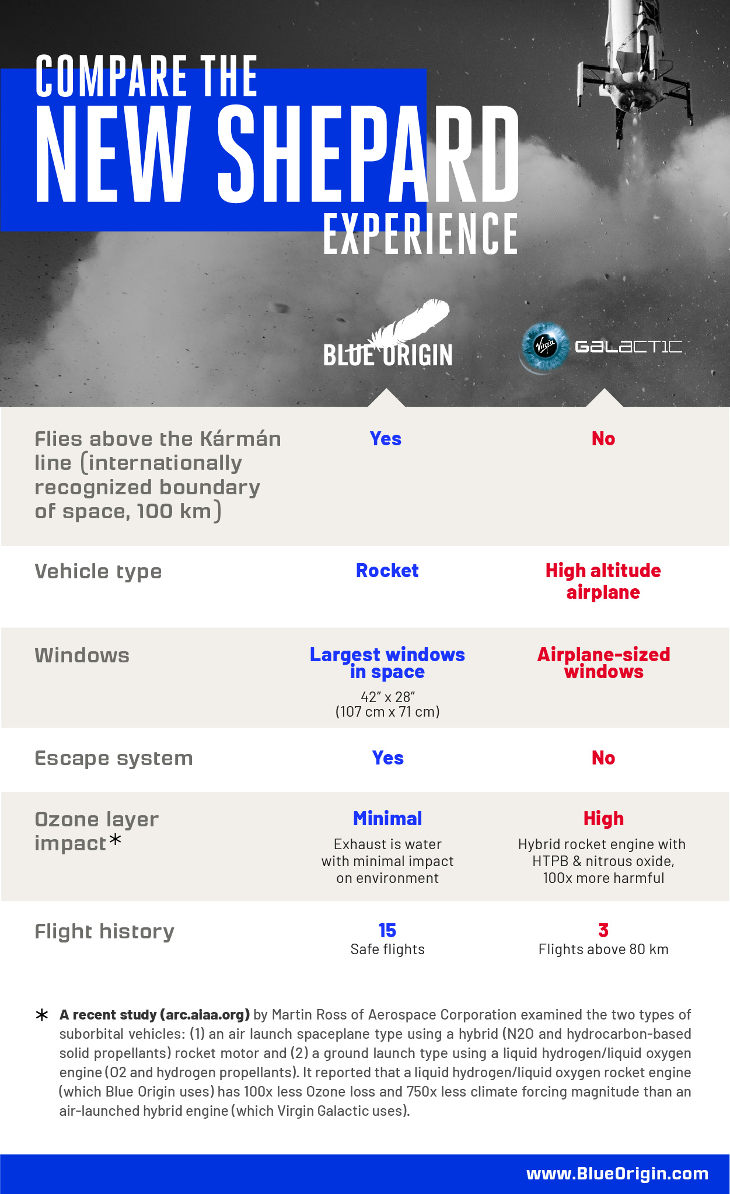 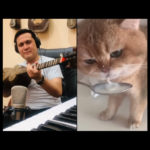 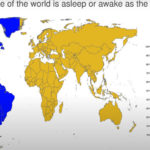