Please tell me your date was covered in Mountain Dew bottles.
Student Makes Prom Dress Out Of Doritos Bags From School Cafeteria

Because who doesn’t want to look delectable, this is a shot of Redditor clairanic, who crafted a prom dress and matching parasol out of snack-size Doritos Nacho Cheese bags collected by her and her friends from their high school’s cafeteria over the course of a year, and assembled over a few months. Clairanic says the dress’s interior is stretch fabric, but she didn’t actually wear it to prom because “It was relatively fragile (and so ungodly loud) and I dance too much.” That’s cool, I dance too much too. Yeah, like nobody is watching, which they usually aren’t because it can and will make a person sick if they look too long. Now personally, I would have gone with a blue ensemble made of Doritos Cool Ranch chips instead, but that’s just me and I already have a bedroom full of empty bags. Maybe I could fashion a pizza box hat too. 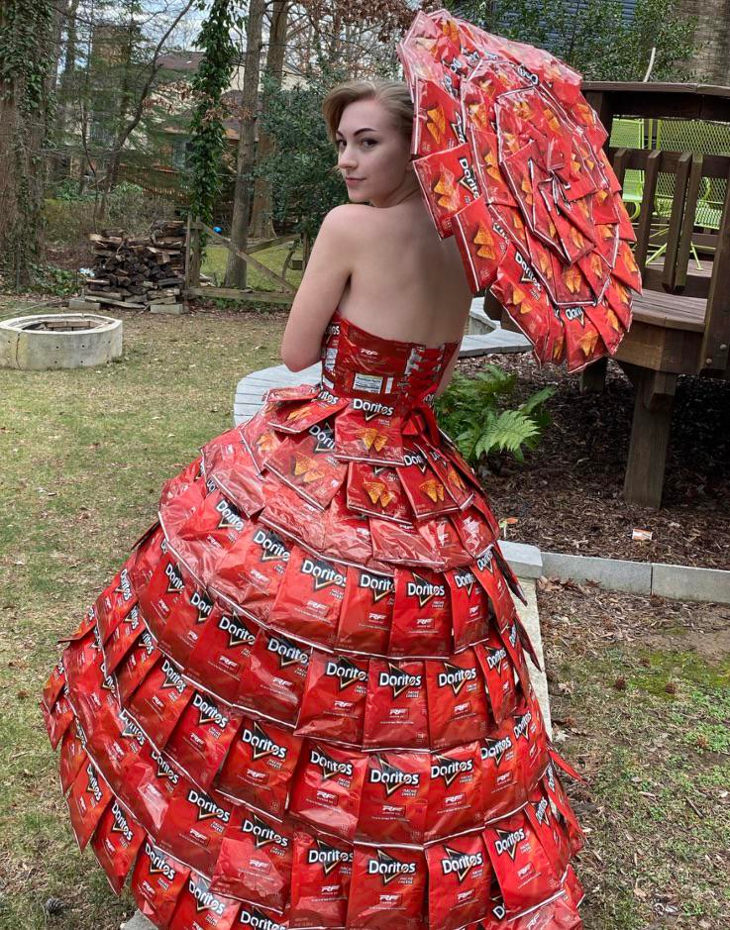 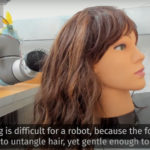 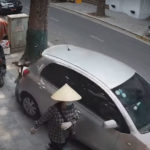