This is a short video from Youtuber Craft Workbench demonstrating a tiny, finger-mounted crossbow capable of firing wooden darts into a cucumber. So, the next time you find a cucumber trying to pick a fight just load up your little finger crossbow with the end of a kabob stick, look that cuke dead in the eye and tell it, ‘Looks like you’re in a pickle.’ Get it? “Because pickles are made from cucumbers.” Wait– WHAT?! I just meant because you’re about to shoot it and it’s gonna hurt.

Keep going for the video, which concludes with a crossbow shot from underwater. 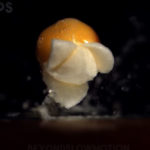 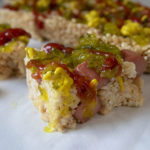