"You either kiss the future or the past goodbye." -- Ringo Starr
Artificial Intelligence Attempts To Record A New Beatles Album

The Beatles: some people love them, some people hate them, and some people are indifferent to their music. Me? I’ve never heard of them until now. But Youtuber Broccaloo has used OpenAI’s Jukebox, a “neural net that generates music, including rudimentary singing, as raw audio in a variety of genres and artist styles” to create a short new Beatles album by inputting Beatles hits. The result? This. Honestly, if I didn’t know better I’d swear these were actual studio recordings from The Beatles that never made it on an album after Paul died and was replaced with fake Paul, or Faul as we like to call him in the conspiracy circles I run in. “Um, what?” The moon is just a piece of cut cardboard! “Oh lordy.” I’VE HIT IT WITH A POTATO GUN TWICE. 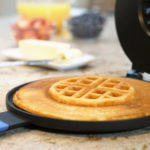 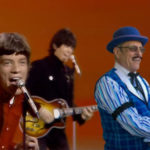 Free Bird!: Room Full Of Birds Play Electric Guitars As They Perch On The Strings