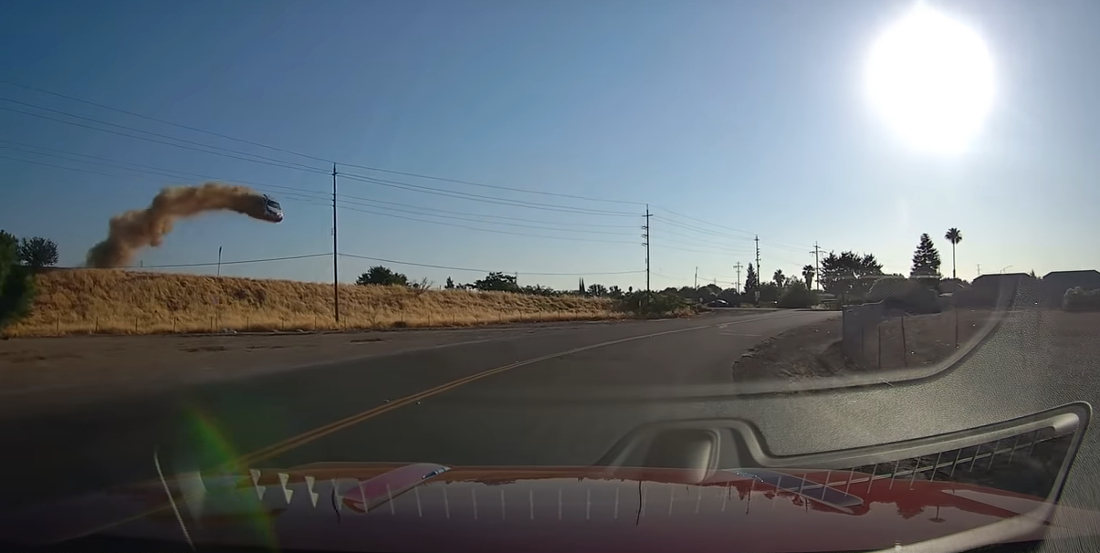 Note: Screaming. Also, it looks they changed the video settings so you’ll have to watch the clip on Youtube, although I included a slow-motion the flying part below.

This is some dashcam footage of a car absolutely launching itself from the highway above and almost reaching the power lines before crashing right in front of the car filming. Amazingly, the woman driving the car-turned-briefly-an-airplane wasn’t even seriously injured, all thanks to the marvel of modern car safety design. Still doesn’t make her a good person though:

Prior to launching from the berm, the driver in question was involved in a hit-and-run accident. She appeared to be driving significantly faster than the 25 mph zone allowed for, and she’d been driving backwards on Highway 99, exiting an on-ramp.

See? This is exactly why you don’t hit and run. One minute you’re trying to speed away from an accident you just caused, and the next you’re launching over a cliff like Wyle E. Coyote wearing rocket skates. Accept responsibility, God is clearly a firm believer in karma. 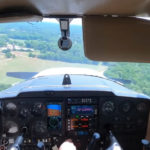 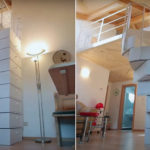