Little help over here!
Motorcycle Racer Narrowly Makes It Off Track After Crash

Because sometimes Death likes to play games, this is a video of Moto2 racer Aron Canet making his way off the track after laying his bike down during a qualifying run of the Portimao Grand Prix at the Estoril Circuit in Portugal. Like a total pro, even before he’s done sliding he’s already trying to make his way off the track and back to his bike. Me? I would have just laid there and accepted my new, very short life as speed bump. 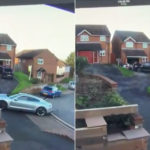 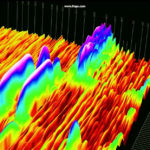