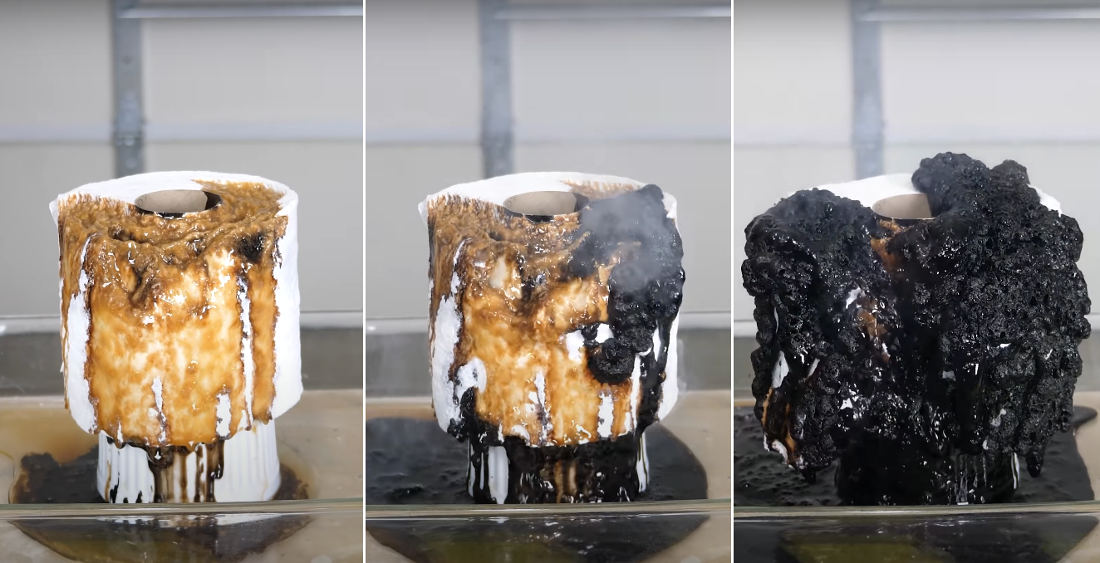 This is a video from James Orgill of Action Lab Shorts showing what happens when you pour some delectable sulfuric acid on a roll of toilet paper. According to James, the reason this happens is because the sulfuric acid is removing the water molecules from the toilet paper in a process similar to burning, but not burning because it’s not releasing CO2 but rather leaving the demonic carbon on the toilet paper. Honestly, it looks like somebody just tried wiping with the whole roll after a trip to Taco Bell. Per James: “This is definitely not toilet paper you want to use in the bathroom after.” Me? I don’t plan on using any toilet paper that’s ever had anything besides ‘been carefully removed from the packaging’ happen to it. 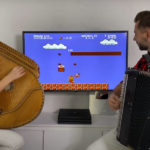 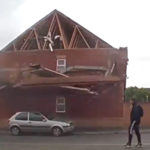