Vaultgate.
Ouch: When The Women’s Gymnastics Vault Was Set Too Low At The 2000 Sydney Olympics

With everyone’s sudden expertise in women’s gymnastics, this is some footage from the 2000 Olympic games in Sydney where officials setting the vault nearly two inches too low resulted in eighteen competitors making incredibly dangerous attempts at the apparatus before the error (or sabotage?!) was recognized. Of course most internet commenters would have spotted this mistake right away even without high definition. This video highlights some of the crashes, which resulted in at least two injuries. You can see how the vault just isn’t where the athletes expect it to be. That’s terrifying. Now I’ve never experienced a vault being set too low before, but my girlfriend is forever setting the bar too high. Please, have I showered or made the bed yet — it’s noon, I’m getting to it. 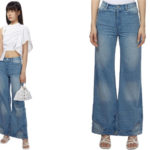 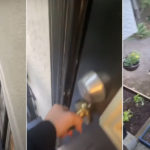