Watch me hit that plane!
A Visualization Of How Far You Could Throw A Ball On Other Planets 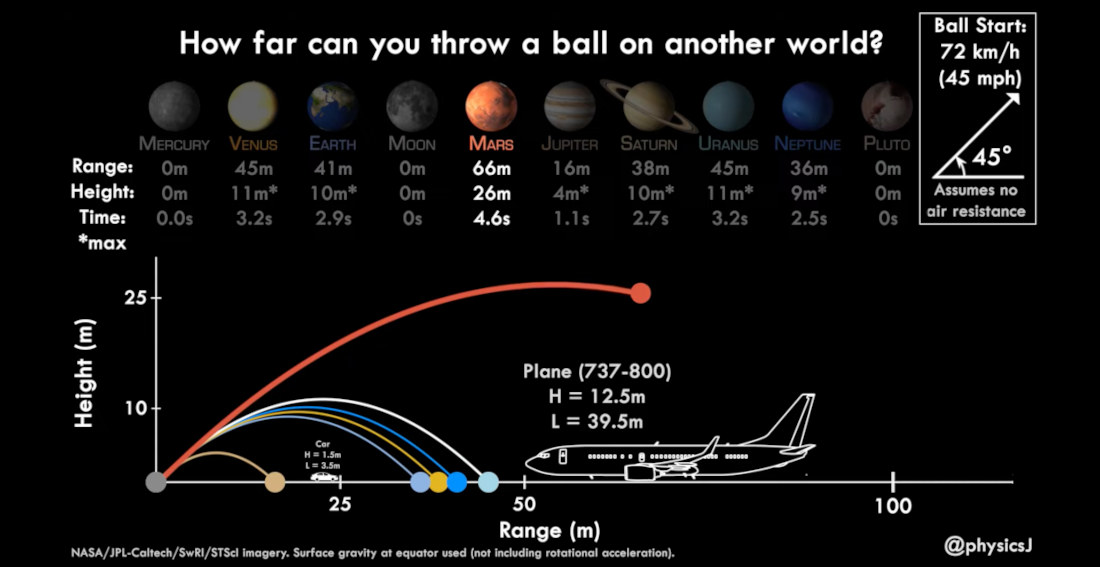 This is a video from Japan Aerospace Exploration Agency (JAXA) planetary astronomer Dr. James O’Donoghue (previously), detailing how far you’d be able to throw a ball on other planets compared to on earth. I learned a lot by watching it. Mostly, that I’m not convinced I could even throw a ball regular earth distance on Mars. I have a bad shoulder. Besides, I don’t care how far I can throw a ball on other planets, I only care how far I can KICK ASS. Know what I mean? “No clue.” Let’s go fight some aliens! “But what if they’re friendly?” Then it’ll be easy and we’ll feel terrible afterwards. 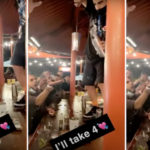 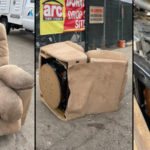