He's like a living cartoon.
Man Gets Public CCTV Footage Of Him Repeatedly Falling Trying To Catch Bus

Note: Volume on, overdub is value-add.

This is a video from TikTok user jamieleeclitoris (real mature!), featuring footage he was able to secure from the public transit authority or Big Brother or whoever is in charge of stuff like this featuring him eating shit multiple times running to catch a bus. Well, if you could call that running. He appears to first trip over absolutely nothing before ever-so-slowly getting back to his feet and boarding on the bus, quickly realizing he dropped his unlucky penny (or lost a tooth) during the first fall, and goes back to retrieve it, collapsing again and hitting his head against the side of the bus. Damn! So, if you ever think you’re having a bad day, just remember ol’ jamieleeclitoris here — he can’t even ride the bus without risking almost certain death. Thank God he doesn’t drive or we’d probably all be goners.

Thanks to JustA, who agrees some people just aren’t cut out for moving at all. 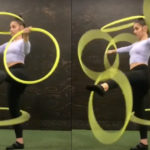 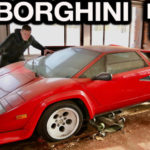