This is an Uber Eats commercial starring bat-wielding Mark Hamill and Patrick Stewart arguing over what they’re going to have for dinner like everybody has to eat the same thing or somebody gets brained, followed by a bit of awkward miscommunication. Honestly, if I were Uber this is not how I’d be spending my money. And I’m not just saying that because they’re throwing money away advertising a service that’s going to be obsolete in six months when I release my army of food-delivering drones but *drone crashes into power lines, explodes* hey I said six months, there are still a few kinks to work out. Speaking of– “I’m not whipping you on our lunch break.” But I’ve been bad.

Thanks to Kevin, who informed me if Tom Holland and Daniel Radcliffe had made cameos as delivery drivers we’d all have no choice but to use the service to order dinner tonight. 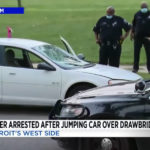 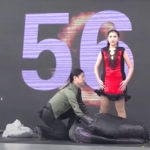