Take that, asteroid!
NASA Smacks Asteroid With Spacecraft In First Ever Test Of Planetary Defense

Note: If you search for NASA DART on Google you get an Easter Egg.

NASA successfully smacked an asteroid with a spacecraft traveling at 14,000 MPH in an attempt to alter its trajectory in a first-ever test of planetary defense, should an asteroid ever be discovered that’s on a collision course with Earth. The DART (Double Asteroid Redirection Test) spacecraft successfully crashed into asteroid Dimorphos, forever changing its orbit, and presumably dooming another planet to the same fate of the dinosaurs. Personally, I’m a firm believer that the biggest threat to the planet isn’t going to come from outer space, it’s coming from INSIDE THE HOUSE. I’m talking about humanity — we’re screwing the planet. And if I were the scientist that discovered an asteroid on a collision course with Earth, well, I can’t say I’d be too eager to share my findings. “I probably forgot to carry the 1 somewhere,” I’d tell my colleagues, waiting for doomsday. 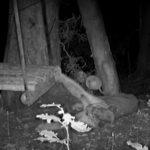 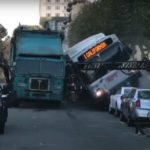