Don't mind if I do. Wait, what the!
There Can Be Only One: Bear Vs Bear-Proofed Garbage Can

This is a video from a homeowner in Juneau, Alaska of a bear attempting to open a garbage can that has been bear-proofed with a chain lock. The homeowner said that, despite the bear’s best efforts, it abandoned its would-be trash dinner and returned to the woods after a few minutes. Of course a smarter bear would just hidden near the trash and waited for it to be reopened, then pounced. But the smartest bear would have dressed up like a garbage man and scolded the homeowners for locking their trashcans in the first place and demanded they be unlocked this instant. 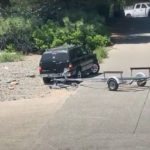 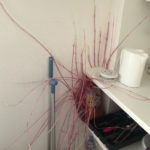