You call those muscles?!
Three WWE Wrestlers Attempt Game Of Tug Of War With Lion Cub, Can’t Budge It

This is a video of three WWE wrestlers (including Ricochet) attempting to out-tug a 2.5-year old lion cub in a game of tug of war at the San Antonio Zoo. A zoo spokesperson said the tug-of-war activity is just one of many designed to help provide stimulation for its big cats. Although, based on how the lion just has to stand there with the rope in its mouth exerting very little effort, I question just how much stimulation this exercise provided. That’s like me repositioning my feet on the coffee table levels of stimulation. I don’t know — and I’m just spitballing here, but maybe organize an actual wrestling match next time? 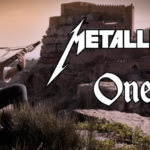 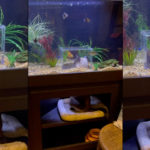