KITT, no!
Woman Drives Up Ramp To Back Of Delivery Truck

Presumably having watched one too many episodes of Knight Rider, this is some security cam footage of a woman driving up the rear ramp of a food delivery truck. I think what happened was that, seeing her lane was blocked, she wanted to merge into the left lane without having to stop but was blocked and then didn’t have time to stop. Obviously, she will not be leaving the back of that truck with an oil slick or smokescreen upgrade a la Spy Hunter. 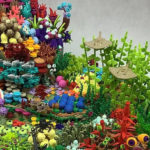 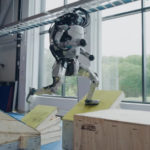 Tags:
accidentsdriving around having a terrible timevideowoopsieyeah you did
Latest Posts