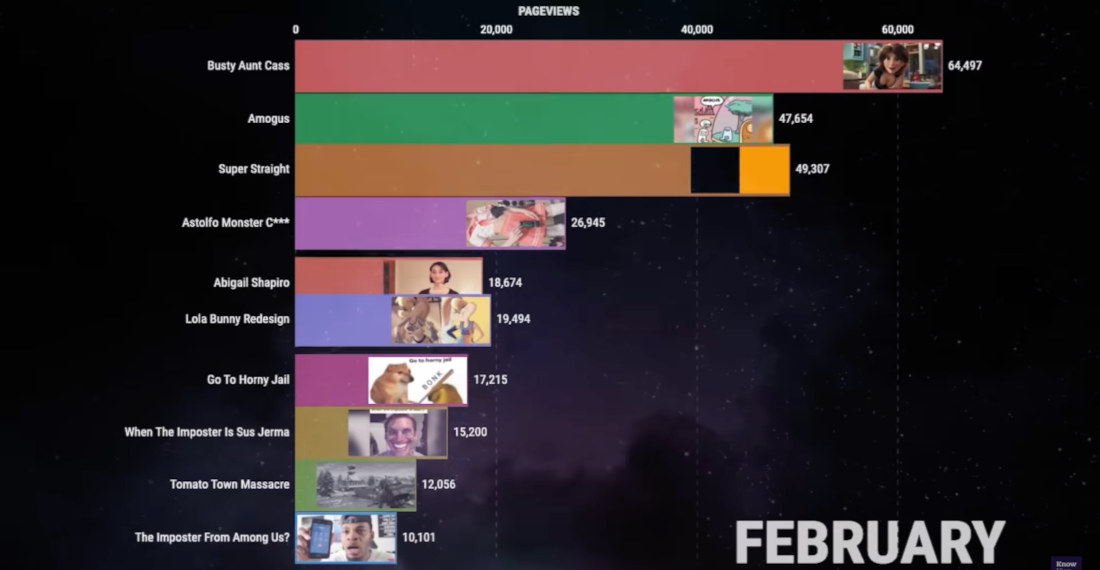 This is a racing bar chart of the most popular memes of 2021, ranked by popularity per month as according to Know Your Meme pageviews. I also included the same style of bar chart they created for all memes from 2011 – 2020, divided into yearly quarters. I learned a lot by watching them. Mostly, that I’m unfamiliar with a lot of the latest memes, presumably because I’ve made a conscious effort to stop deep-diving to the bottom of the internet where these things exist because it was starting to affect my relationship. And not in the good way you’d expect quoting obscure internet memes during sex would be. 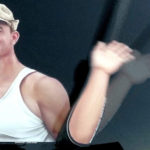 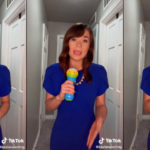