This is a video of a man presumably trying out for the Ninja Turtles with a very impressive and lightning-speed bo staff routine, including some incredible spinning and catching. When reached for comment about his skills, Leonardo admitted he would probably be an asset in the fight against Shredder and the Foot Clan, but was reluctant to let him join the team since they already have a bo staff wielder and insist everybody uses a different weapon. That’s when I mentioned I can consistently hit a target two out of five throws with ninja stars and he hung up on me. 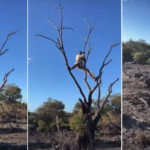 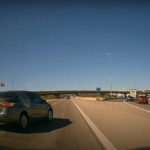