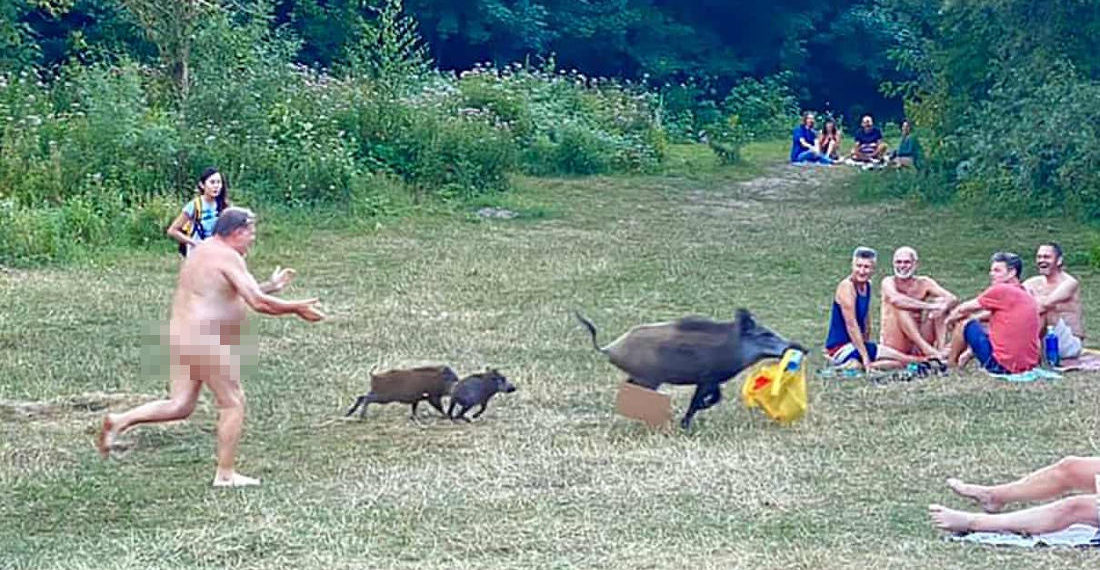 These are a couple shots captured of a German nudist as he chases the wild boar that made off with the backpack containing his laptop while he was trying to tan his hide at the Teufelssee glacial lake in the Berlin borough of Charlottenburg-Wilmersdorf. Some more info while I fondly recall my first naked boar chase. “Fondly, or fondley?” Hey now:

The photographer who captured the drama said the unidentified nudist was happy for her to share the images, which show him in bare-bottomed pursuit of the boar and her two piglets while fellow bathers look on in amusement.
“Because the bag contained his laptop, he gave it his all, even though he was in his birthday suit,” explained Landauer.
The boar’s flight was slowed by a cardboard box in its path. The man clapped his hands and hit the ground with the stick, prompting the boar to drop the laptop.
Another witness said: “When he returned from the forest, everyone applauded him.”

So he got the computer back and everybody applauded, a happy ending. “Just not the–” Dammit, I already warned you once, this is a family website. So, what do you think was on that laptop that made it so important that those boar spies tried to steal it? “Probably the smell of food.” Dammit, why can’t you be more like Inspector Gadget? 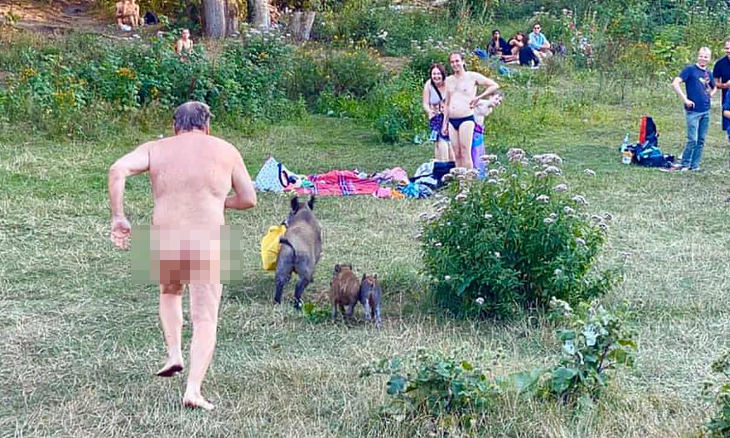 Thanks to cjcjcjcj, who agrees sometimes you just need to get naked and do a little computing down by the lake. 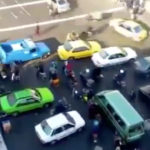 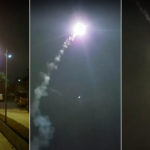