I'm out of breath just reading that sign in my head.
Newscaster Smoothly Pronounces 85-Letter Longest Named Place In The World 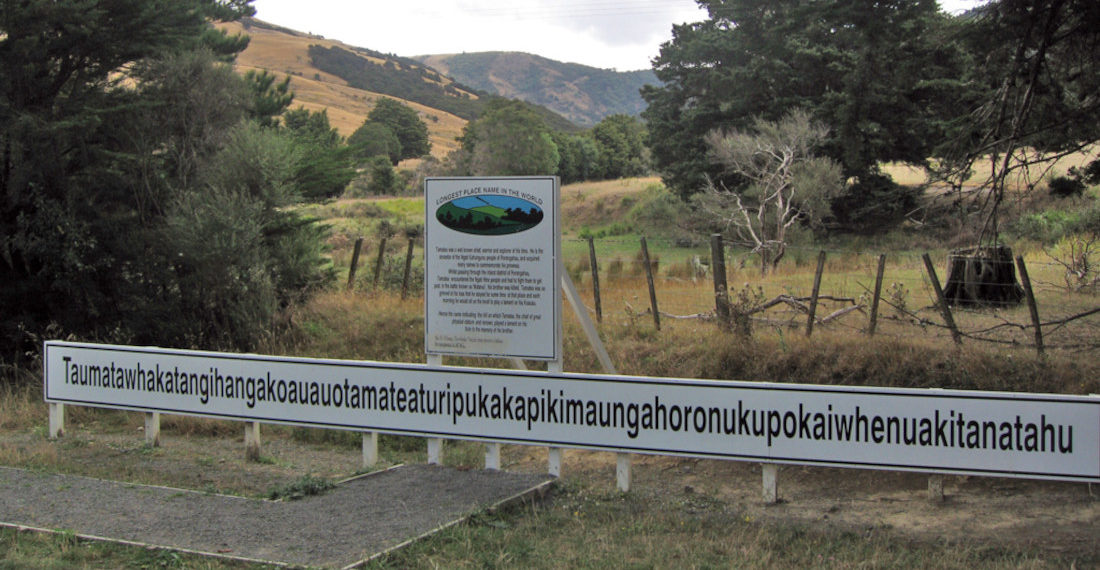 This is a video of Māori (the indigenous Polynesian people of New Zealand) weather reporter Oriini Tipene-Leach smoothly pronouncing Taumatawhakatangihangakoauauotamateaturipukakapikimaungahoronukupokaiwhenuakitanatahu, which, at 85-letters, is the longest named place in the world. It’s a hill in southern Hawke’s Bay, New Zealand, and its name translates to “The summit where Tamatea, the man with the big knees, the slider, climber of mountains, the land-swallower who travelled about, played his kōauau to his loved one.” There are also 92 and 105-letter versions of the name, but most people just call it Taumata because they’re into the whole brevity thing. She goes on to attempt prounouncing the second longest named place (the 58-lettered Llanfair­pwllgwyngyll­gogery­chwyrn­drobwll­llan­tysilio­gogo­goch in Wales), but can’t quite get it. Did I mention the first one kinda sounds like it has a cuss word in the beginning? Because it does. Or maybe you just hear what you want to. Yes, I am the world’s greatest lover. “I called you a simpleton.” Stop flattering me! Also, ten bucks says whoever named this hill was in the sign making business and charges the government by the letter. 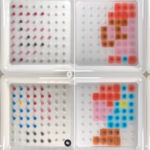 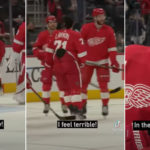