Below: Passing a Porsche like it's standing still.
POV Footage Of Doing 259MPH On The Autobahn In A Bugatti Chiron

This is a video that puts you in the driver’s seat (well, on the dashboard, which is where I spend half the time when my girlfriend drives, the other half on the floor in the footwell) of a Bugatti Chiron as it speeds up to 259MPH (417km/h) on the German Autobahn. It’s pretty insane to watch in real time, especially as the speed really starts climbing after around 1:30. I felt like I was there! And I was terrified. Obviously, this will be the closest I ever get to driving 259MPH myself because I don’t feel safe pushing the pedal any faster than 55MPH. My girlfriend tells me I drive like a grandma. And I tell her she drives like someone who’s steering with their knee while they eat McDonald’s fries and try to pick out the perfect song on Spotify, because she usually is. 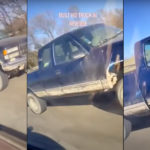 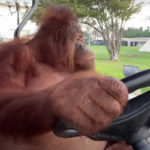