What sorcery is this?!
Whoa: Watch An Unspinning 70MPH Knuckleball In Slow Motion

Just like in the previous post, this is an amazing video, this time of Baltimore Orioles prospective pitcher Mickey Jannis throwing a 70MPH unspinning knuckleball with the skill of a surgeon. I mean, provided surgeons actually had skills instead of just constantly refusing to perform my penis reduction surgery because “we’ve never taken more than few inches off before.” Some more details about the pitch, via Yahoo Sports:

Rather than spinning at a rate of 2,500 revolutions per minute like an elite fastball, knuckleballs appear to float through the air as if suspended in space.

[Baltimore] Orioles’ video content creator Johnny Douglas captured pitching prospect Mickey Jannis throwing the knuckleball during a spring training game against the Detroit Tigers on Saturday. Jannis, 33, is a former 44th round pick attempting to bring the knuckleball back. The last full-time pitcher to use it was Steven Wright, who hasn’t appeared in an MLB game since 2019.

Douglas’s work with the camera deserves to be commended as well. It’s already difficult to track a pitch moving 70+ mph from the mound to home plate, but to achieve that level of focus with the lens at the same time is an impressive feat.

Pretty wild, right? Is it as skillful as the last post’s butt hula hooping? Of course not, but that would be like trying to compare apples and absolute perfection. “Did you make her your wallpaper already?” Do you mean on my computer or phone because yes to both. 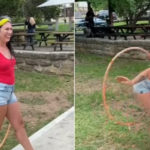 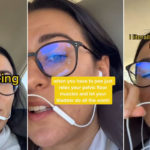