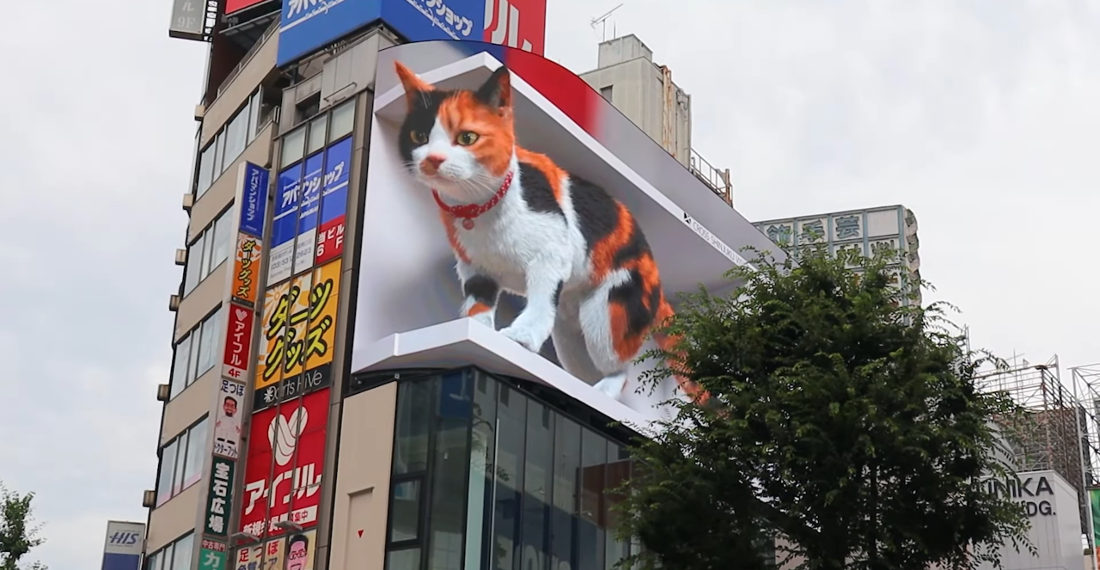 This is a curved digital billboard above Tokyo’s Shinjuku Station that will display a giant cat optical illusion through the day, because that’s exactly what the world needs more of. I swear, Japan is always ahead of the curve. Some more info:

According to TimeOut, “the cat will have its official debut on Monday July 12, when it will wake up when the screen turns on at 7am every morning and go to sleep in the evening before the screen turns off at 1am. The cat will also appear every so often in between ads throughout the day and meow at nearby pedestrians.”

Obviously, I just added ‘get meowed at by the giant billboard cat’ to my bucket list. Do you want to go with me? Or, I should say, do you want to take me with you and pay for me? I’m a great travel companion, just don’t ask anyone I’ve ever traveled with because they’ll lie out of jealousy that I’m going somewhere without them. 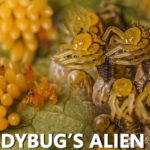 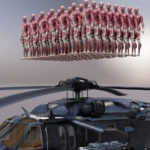