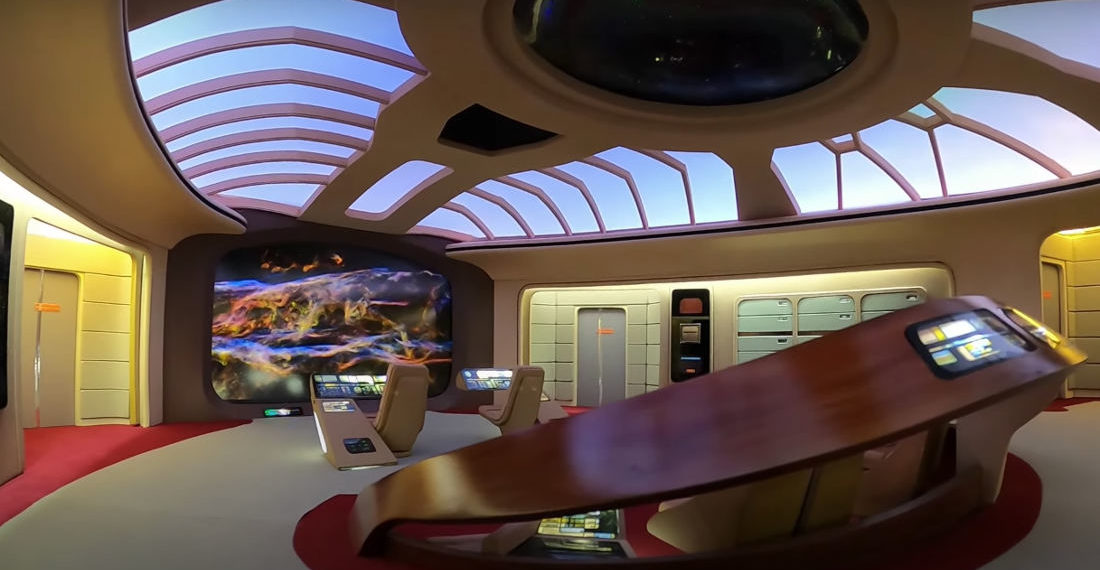 This is a video walk-around of the miniature USS Enterprise-D bridge from Star Trek: The Next Generation as crafted by furniture and model maker Geoff Collard. In his own words while I blame my fat hands and poor coordination for never being a good model maker myself. Plus I’d always try to wear the airplane decals like temporary tattoos:

Finally completed model of the Star Trek TNG D Bridge with active view screen. My hope was to make a scale model that people would think it was the real set until I panned out. Apologies to people who did think that and were disappointed it was only a model, but your disappointment would mean that I had accomplished my goal.

The active view screen was a nice touch. And if I didn’t already know this was a miniature scale model before watching the video I would have sworn it was a giant scale model the detail is so impressive. Now, toss some Ninja Turtle action figures in there and let’s play space! 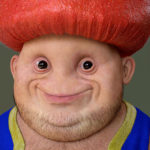 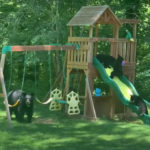