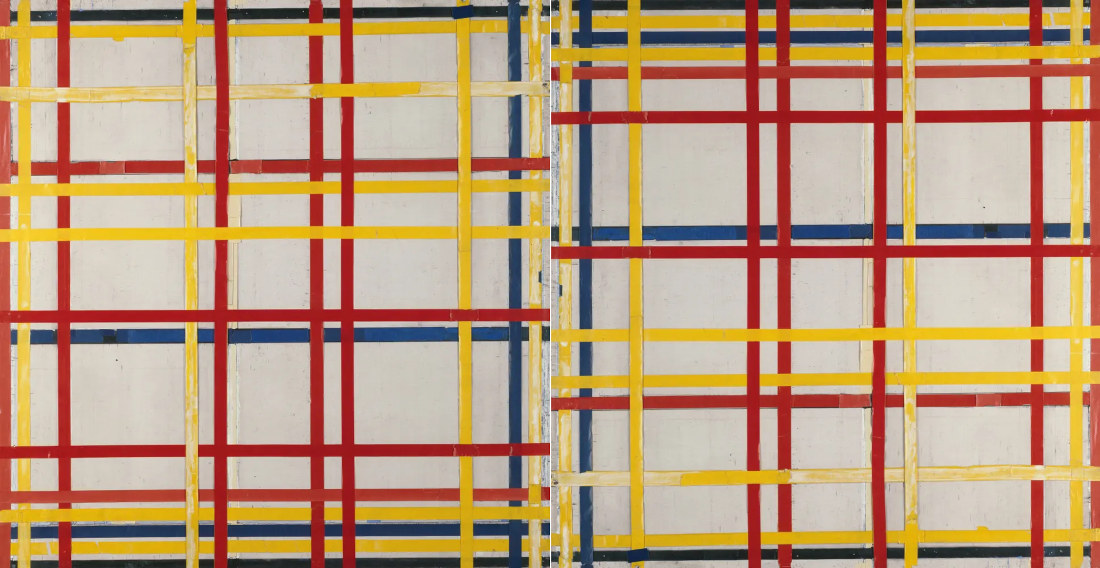 New York City 1, a 1942 piece by famed abstract artist Piet Mondrian, was unknowingly hung upside down (left) at its initial public display in 1945 (Mondrian died in 1944), and has been rehung the same way ever since. Well that’s embarrassing. Get it together, art nerds, those art history degrees of yours have failed us!

Indicators suggesting an incorrect hanging are multifold. The similarly named and same-sized oil painting, New York City, which is on display in Paris at the Centre Pompidou, has the thickening of lines at the top.

A photograph of Mondrian’s studio, taken a few days after the artist’s death and published in American lifestyle magazine Town and Country in June 1944, also shows the same picture sitting on an easel the other way up.

Because the piece consists of pieces of colored tape “already hanging on by a thread,” the piece will remain hanging the way it is (read: incorrectly) to prevent gravity from pulling the tape in the opposite direction and damaging the piece. What a scandal. *yawn* Now if you could just point me in the direction of the tasteful nudes gallery, I could really use a pick me up. 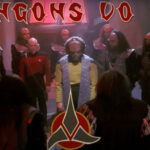 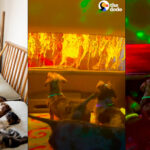