Because Warner Bros. is convinced it can somehow top the perfection that was 1995’s Mortal Kombat and 1998’s Mortal Kombat: Annihilation, this is the recently released red band trailer for the Mortal Kombat reboot set for release April 16th. It’s about as ridiculous as you’d expect, although the graphics are sick and the gore looks bountiful. I really like the look of Scorpion, although in the game I always played as Raiden because he reminded me of Lightning, one of the three Storms in Big Trouble In Little China. He’s not the one that blows up and explodes after seeing Lo-Pan dead though, that’s Thunder. Lighting gets crushed by a statue while the heroes are making their escape. The trailer ends with a few quick fatality teasers, which look pretty gruesome, hence the red band trailer and the movie’s R rating. But how do you think it’s going to end? Do you think all of earth’s Mortal Kombateers will join forces to defeat the evil Shang Tsung and save Earthrealm? Because if they do I call bullshit since there should only be one winner, this is supposed to be Mortal Kombat, not Team Mortal Kombat. 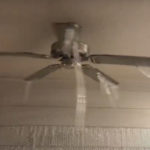 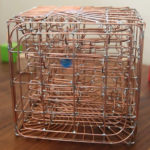