Wow, normally I can't even see the bullets shot at me!
Shooting A Newton’s Cradle In Ultra Slow Motion 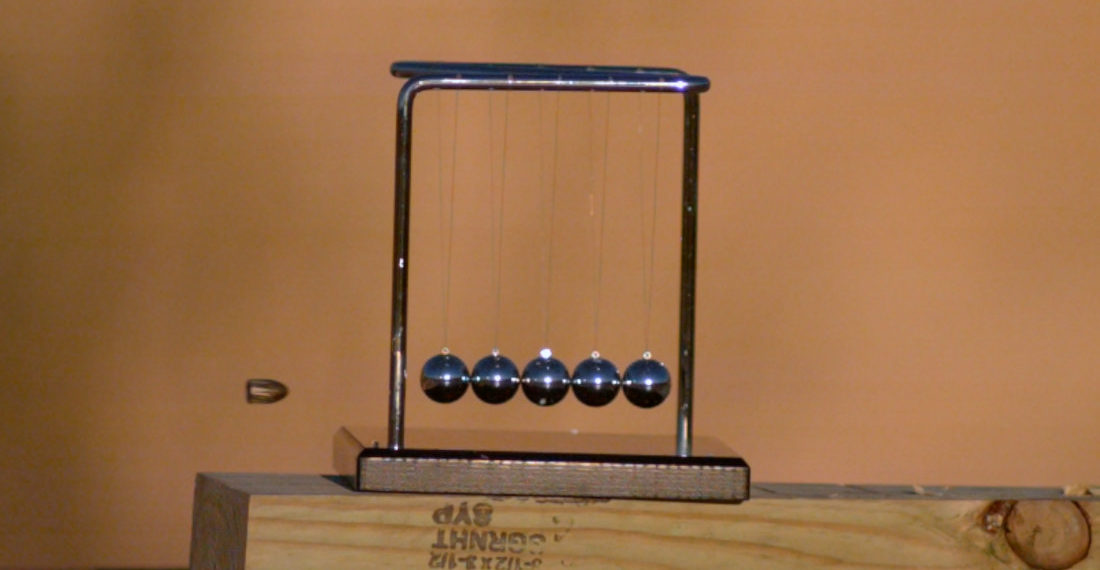 This is a video of Slow Mo Guys Gav and Dan shooting a Newton’s Cradle desktop physics toy and filming the action in ultra slow motion. The resulting footage may surprise you, especially if you expected to see anything but a Newton’s Cradle getting shot in ultra-slow motion. No bikini babes and hunks here! A shame, I know. Anyway, because the ball bearings are significantly harder than the bullet, the bullet shatters on impact, with the Newton’s Cradle eventually sent flying as a result of the impact. Science! Science? I don’t know, maybe just shooting stuff.

KEep going for the video, but skip to 9:40 unless you plan on living forever. 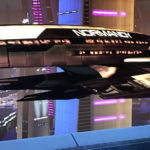 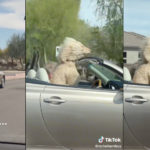