In continued bear news (it’s bear season), this is a video from a group of hikers in Chipinique, Mexico who stumbled (well, hiked) across a black bear out in the woods, and the bear was kind enough to offer some awkward convention-photo-with-a-celebrity style hugs and pose for a selfie. That was nice of it. If I were that bear that’s probably not what I would have done. If I were that bear I’d be trying to hibernate though the entirety of 2020. I mean obviously I’m not that bear and I’m still trying to. 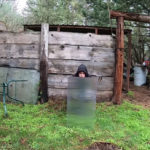 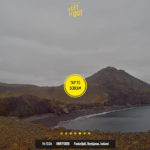