BinBot, go clean my room!
Autonomous Trash Can That Comes When You Call It 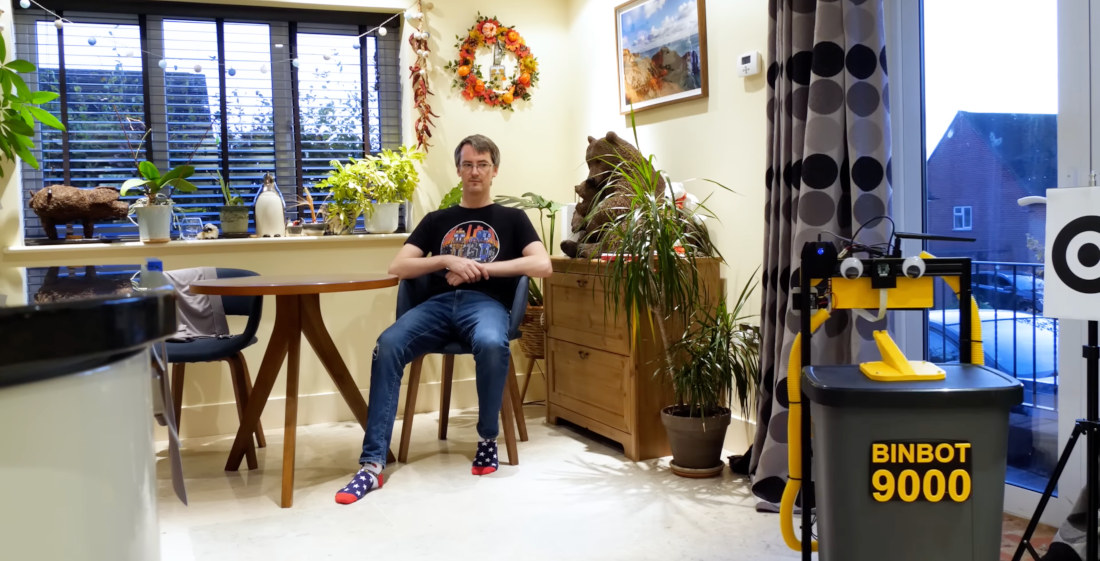 Built by inventor James Bruton, BinBot 9000 (apparently the 8000 model was total…garbage) is an autonomous trash receptacle that can come to you, that way you don’t miss trying to throw a banana peel in basketball style. The robot uses vision-assisted guidance and printed targets to identify its location and go where it’s needed. It also has obstacle avoidance features, but, if it does hit something, will turn 90-degrees and attempt to proceed on its way. That’s cool, but even watching the thing at 5X speed it’s slow, so realistically by the time it shows up you’ll have finished the remainder of the sandwich you were going to throw away anyways. Food for thought. Or, in this case, garbage. 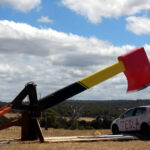 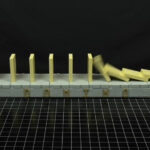