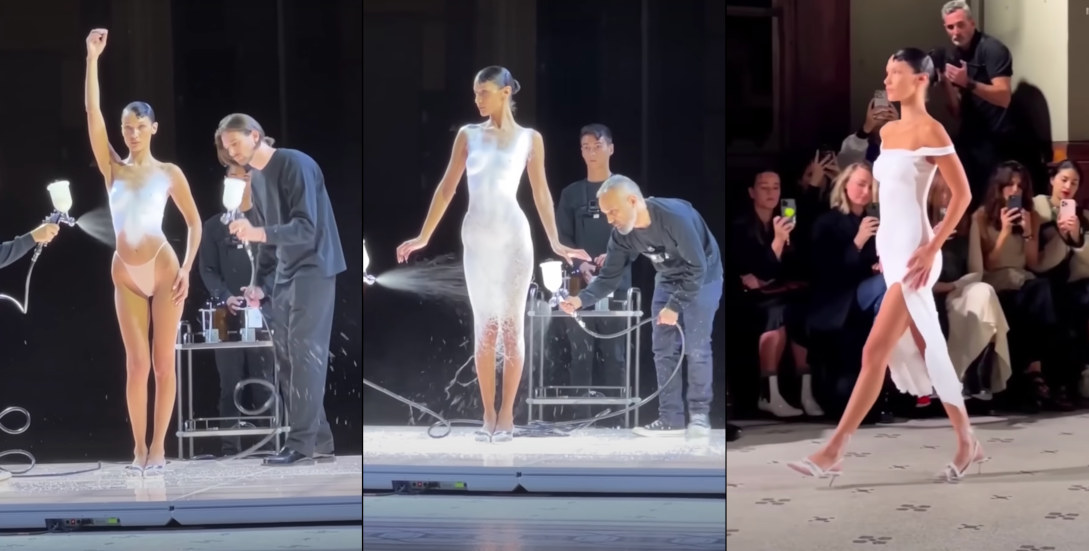 These are a couple video of model Bella Hadid having a dress sprayed on her body to close the show for Coperni’s Spring 2023 Collection at New York Fashion Week. Some more info about the spectacle while I can’t help but feel like I got ripped off buying the emperor’s new clothes from an estate sale:

Wearing nothing but nude undergarments, Hadid was circled by two artists that sprayed her body with Fabrican, a “unique spray-on fabric.” From afar, it just looked like Hadid was being sprayed with white paint, but as the artists layered each coat an elastic-like dress began to form on Hadid’s body right on the runway.

When the spray painting was complete, a third artist went to work on the final details. After cleaning up the frayed edges, the straps of Hadid’s dress were modified and pulled down to reveal her shoulders. Once all adjustments were made, Hadid confidently walked the runway and didn’t stop to fix her dress once.

The future, we finally made it! You probably thought it was going to all be flying cars and hoverboards, but instead we got spray-on dresses. “Well, you can’t win them all,” I often think to myself while polishing off one beer and waving down the bartender for another.

Thanks to my dad, who agrees it’s only a matter of time until changing rooms at clothing stores are replaced with spray-on booths. 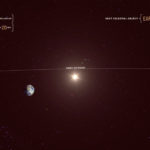 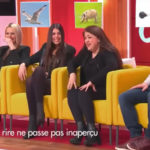