Just like Gloria Estefan proved in her 1987 banger, ‘Rhythm Is Gonna Get You’, the rhythm is, in fact, gonna get you. And it may get you in form of some dude banging on his Doctor Octopus looking OCTAV wearable pipe instrument. Hopefully not though. The brainchild of industrial designer Asaf Wainberg, the OCTAV consists of various lengths of plastic drainage pipe so that banging on the different drum heads produces different notes. Are these going to be a hit at next year’s Burning Man? Only time will tell. Time, or this crystal ball. *rubs crystal ball, quickly covers with a towel* Must be out of magic. “Really? Looked like you naked playing an OCTAV in a drum circle.” I SAID IT’S OUT OF MAGIC.

Keep going for a video of the OCTAV with way too much production value, and way too little actually playing the thing. 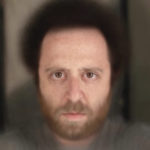 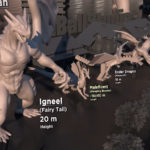