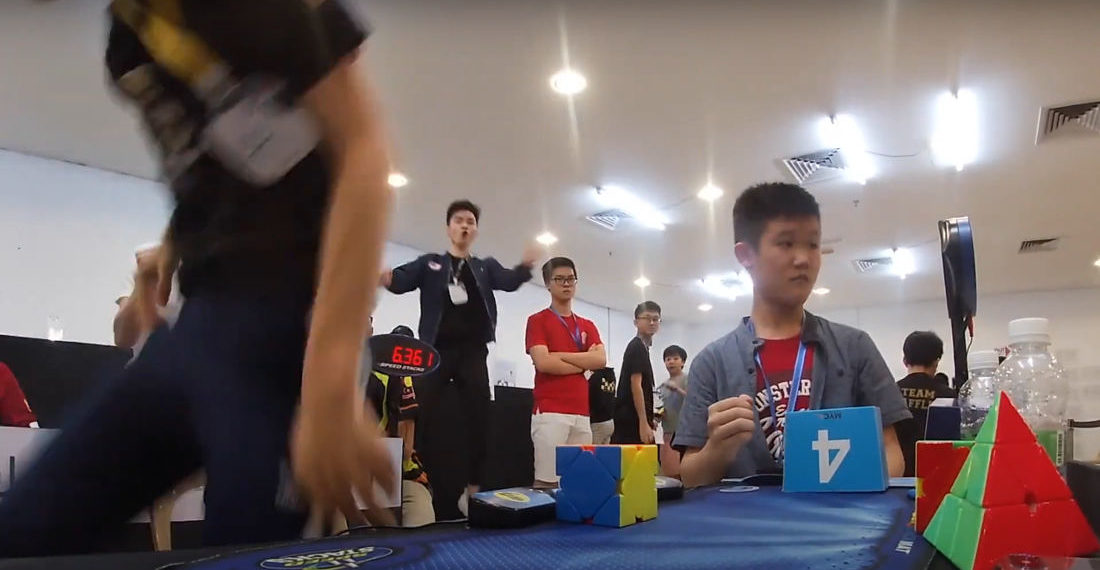 This is a short video of a puzzle cuber solving a Skewb Cube (a Rubik’s Cube-like puzzle consisting of five-piece faces “with cuts through the centre, orthogonal to the main diagonals”) so fast (I think he says 1.51-seconds) the guy working the backup stopwatch is confused as to what just happened. And so was I! I thought this was supposed to be a video of a donkey kicking at an ox to keep it away from its feed trough, but it turns out that’s the next article. Oh, silly me! *tries to make fart noise in armpit, quickly realizes how long its been since I’ve used deodorant, immediately reaches for ninja sword with uncursed hand* Watch out for splatter.

Keep going for the video, which fails to actually show his time. 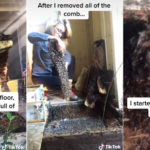 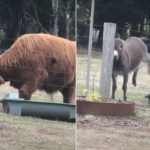