This is a video of pro golfer Ian Poulter airing one out at the first tee during the Travelers Championship at TPC River Highlands in Connecticut over the weekend. Some more he who smelt it dealt it info:

Poulter, who took credit right away, said on camera, “Did you get that?”

In response, [fellow pro golfer Greg] Chalmers said, “Stay over there. Is that supposed to be more silent than that?”

“3 club wind this morning on the first tee. Always beware of the live mic,” Poulter wrote on the social media site. After Chalmers said, “I like the (fart) in the closed caption. That really confirmed it for me”, Poulter responded by saying, “The best bit everyone thinks it was you.”

Admittedly, if you can’t fart freely on the golf course, where can you? I mean it’s basically manicured nature. Sure I accidentally set most of the grass around the 16th hole on fire and the country club had to remove a few trees, but if I’d had to hold that fart in it would have melted me from the inside-out. That’s not how I want to go.

Thanks to my buddy Closet Nerd, who agrees he should have at least had the common courtesy to yell fore. 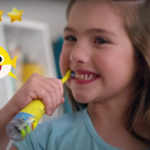 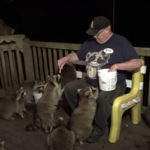