Whoa this stick is craaaaazy!
It Happens: Kid Playing Fetch With Dog Accidentally Picks Up And Throws Snake Instead Of Stick

This is a short video of young Asher playing fetch with his canine friend Raven and accidentally picking up and throwing a snake, presumably thinking it was just a really weird-ass stick. Even Raven is all, ‘Whoa, what the heck, little bro? That stick is ALIVE and it is ANGRY.’ Thankfully, the snake was unharmed and nobody was bitten and everyone lived happily ever after, and *getting teary eyed* I’d like to think Steve Irwin is looking down on us all smiling right now.

I bet he thought it was stick to throw for the dog. 😳🐍🐕#viralhog #unexpected #snakes pic.twitter.com/uXLjzPItm2

Thanks to MSA, who agrees never grow up. But also, learn to tell a snake from a stick. 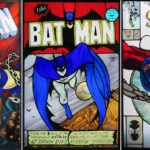 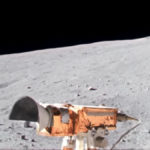