Pocket monsters: there can never be enough of them. And now programmer Matthew Rayfield has created 3,000 more using language-based artificial intelligence models. Some more information about what he did while I choose Pikachu but we still lose the battle anyways because he didn’t choose me and a solid relationship is about choosing each another. I should teach children.

In a video explaining his process, Rayfield said he collected 800 images of pixel-sprites from three different Pokémon games, and wrote a script that would translate each sprite into text, pixel-by-pixel. Each character is assigned a color, with ~ being transparent, and other characters like !, b, a, etc. represent colors.
The result was 100,000 lines worth of sprites. He used that text to re-train GPT-2 [Generative Pretrained Transformer 2, an artificial intelligence system designed to create new text], which output a random text-based sprite, and then reverse-engineer the line version into a colored-in image. What comes out are garbled little pixel creatures that, if you use your imagination, are pretty close to Pokémon.

Honestly *looking around cautiously* based on a lot of the Generation VIII Pokmeon that were released, I wouldn’t be the least bit surprised to find out this is exactly how Nintendo has been been developing new monsters recently. *unmarked van pulls up in front of house with Mario driving* Shit! Listen if I’m never heard from again tell my girlfriend The Da Vinci Code was real.

Keep going for a detailed video about Matthew’s process. 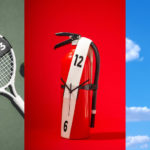 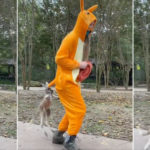