Gains: all day, every day.
What The?: Dog Carries Around 30-Pound Dumbbell Wherever He Goes Like It’s A Toy 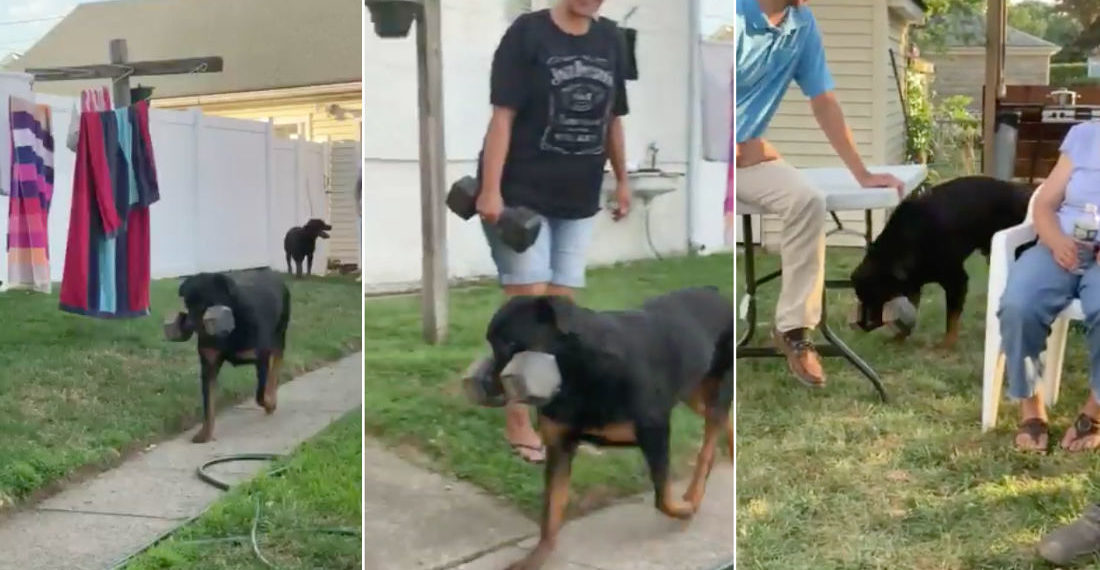 This is a short video of Bonzo the Rottweiler carrying around his 30-pound dumbbell because *flexing* it’s always the right time for gains. Obviously, that is not a toy you want Bonzo dropping on your feet for you to throw for him. Could you imagine him jumping onto bed and dropping that thing on your chest? I can feel my ribs cracking just thinking about it. Some more info:

According to Yesenia, the niece of Bonzo’s human, the dog apparently thinks this is a bone or at least a lollipop. And it’s definitely his.
To the peeps concerned about Bonzo’s teeth: he actually rests it on his gums, his teeth are perfectly fine. To the people saying “take that away from him” lol why don’t YOU try to take away his steel bone and see how far u get.

Obviously, thinking about pumping all this iron has inspired me to paint an extra ‘0’ on one of my 5-pound weights, then try and fail to impress my girlfriend when she gets home and has to help me untie the thing from my penis before it does any permanent damage.

Keep going for the video as well as some still photos. 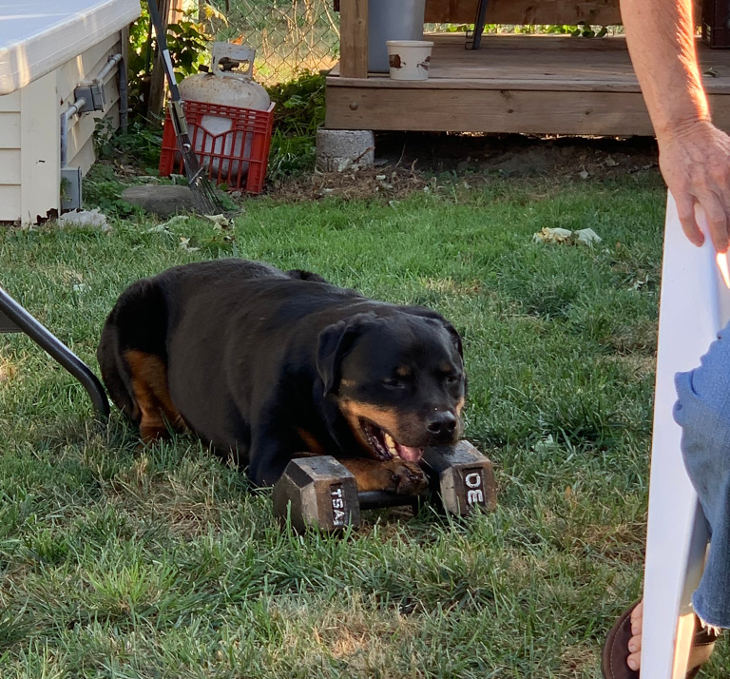 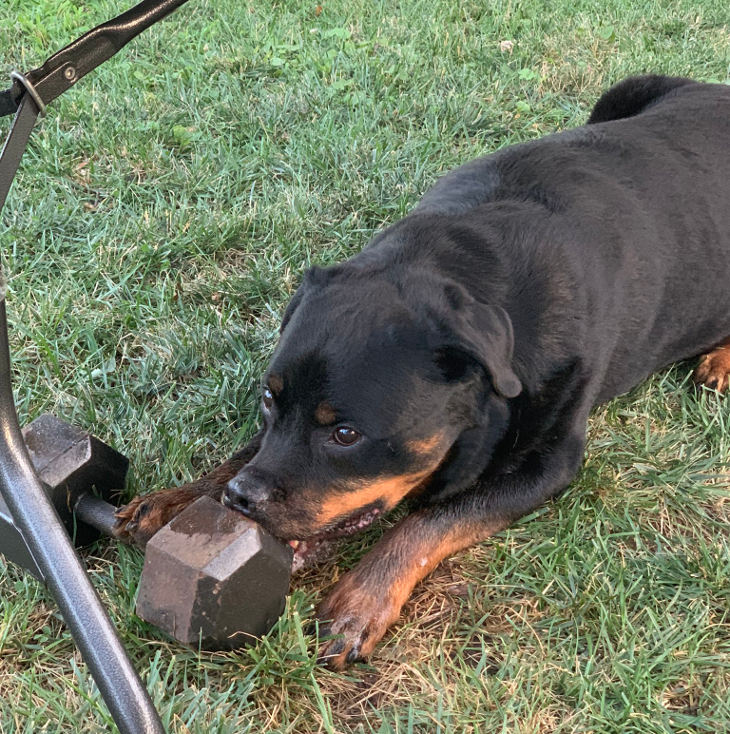 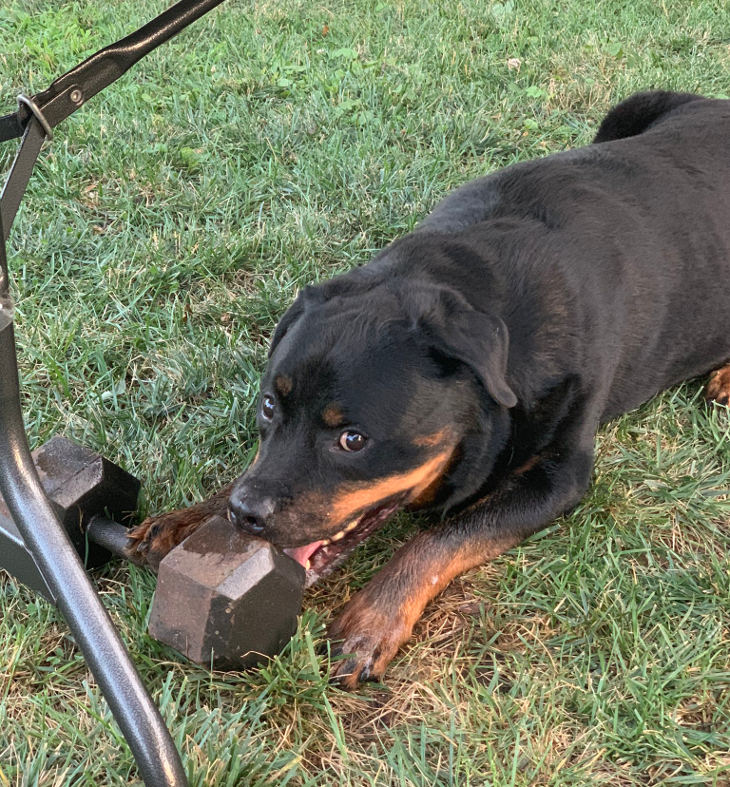 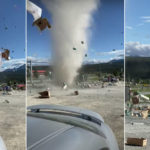 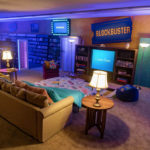