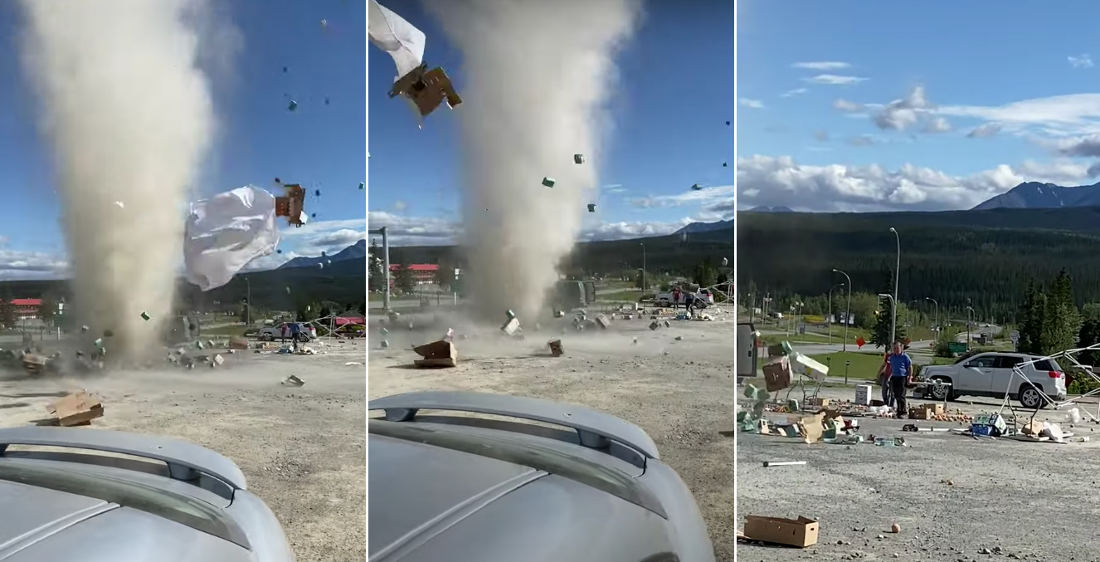 This is a video from Haines Junction, Yukon, Canada, of a dirt devil absolutely wrecking an elderly gentleman’s fruit stand and giving his produce the ride of its life, tossing some as far as 200-yards away. Those melons probably never thought they’d get the chance to fly. Some more info while I give my dogs baby carrots knowing good and well they’re just going to carry them up onto the sofa, lick them for awhile, then let them dry up in between the couch cushions:

[Produce peddler George] Redies says people on hand tried to hold on to the tables and fruit, but were forced to run away by the dust devil, which resembles a tornado.
Redies said he’s grateful to Haines Junction residents who helped him clean up afterwards and who have already raised enough money in donations to cover the loss of the fruit and cost of repairing his tent and awnings.
Longtime Haines Junction resident Angie Charlebois said Friday local people appreciate that he regularly comes to the community with fresh fruit and other products.
The prices are comparable to or less than what’s available in Whitehorse, she said.
And his fruit stand becomes a bit of a social centre, Charlebois said, as people come to shop.

Awwww, happy endings. Obviously, I’m already on my way to Haines Junction for the inevitable scratch-and-dent fruit sale. I already subscribe to one of those ugly produce weekly box services too. Personally I don’t care what a fruit looks like, as long as it tastes good. “What if it looks like a penis?” I’m willing to go double, but no more.

Thanks to Abby C, who agrees clearly the Jolly Green Giant doesn’t take kindly to people selling in his territory. 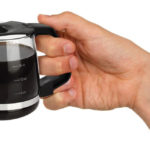 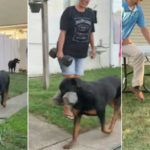