"Traded the van for it, straight up. I can get 70 miles to the gallon with this hog."
Adventurous Duo Recreate Dumb & Dumber’s Mini Bike Trip From Nebraska To Colorado 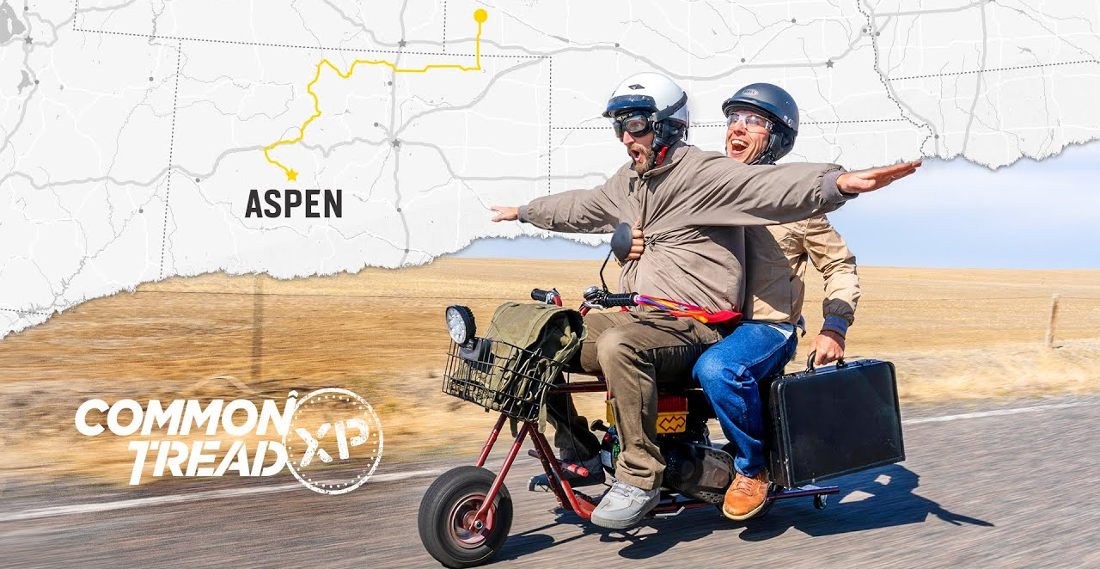 Because bad ideas sometimes sound enough like good ideas to carry you too far to look back and reconsider, this is a video of motorcycle enthusiasts Zack Courts and Ari Henning recreating the mini bike roadtrip scene from Dumb & Dumber in real life, traveling 382 numbing miles in costume from Bridgeport, Nebraska to Aspen, Colorado atop a custom bike they built for the occasion. You can read an in-depth article about the experience written by Zack here on RevZilla if you’re interested. But how much did it cost in gas?

In the end, we logged 382 miles and burned seven gallons of gas; plus two and a half rear tires. In the major motion picture, Lloyd traded Harry’s van for the hog (straight up) and claimed to be able to get 70 mpg with the mini bike. We averaged 54, with what was likely a larger engine and some poor tuning to start. Our most efficient tank was 62 mpg, so if you figure the “kid back in town” had his jetting sorted for 5,000 feet of elevation, 70 mpg seems reasonable.

I wanna go on a road trip. I mean not on a mini bike, but maybe in a MINI VAN. Mini van, mega fun — that’s my motto. You know I had a girlfriend in college who drove a mini van. We had a lot of fun in that van. A lot of fun. I am talking a LOT of good times. *wink* Know what I’m saying? “She used to pack little bags of cereal for road trips?” And we’d each burn a mix CD!

Keep going for a video of their adventure, as well as the original movie scene for reference. 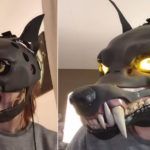 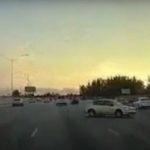 Tags:
dare to dreamdriving around having a terrible timemotorcyclemoviespoor decision makingslowtransportationtravelvideoyeah you did
Latest Posts