This is a video of a couple cyclists trying to take a shortcut through a train tunnel in Floriano, Rio de Janeiro, Brazil and almost getting smacked by an oncoming train, which was clearly taking this game of chicken a lot more seriously than they were. In one of the cyclist’s own words:

“My friend and I met to ride from Volta Redonda to Porto Real. The idea was to make a new route where few people had gone, returning by Floriano to Barra Mansa without having to pass the Presidente Dutra highway. On a section of the ride, we were forced to pass through the railroad, but it was safe since there was a narrow road that would give us enough security if the train came. Further ahead, our only option would be a tunnel that was short but dangerous, as there was not room if a train came. From our left side there was the river Rio Paraíba do Sul, on the right side a huge rock that was impossible to pass. Before we even thought about going through the tunnel or going back all the way we had already done, the train came. With few options and watching the train pass, we imagined that another would pass immediately and we decided to move on. We began what would be a short stretch but tense, and before we reached the middle of the tunnel, we heard the sound of the train coming towards us. I called to my friend and started to run without being able to look behind, with that honking train. It was a feeling of panic and a lot of fear. After the fright, we continued to travel safely and with the feeling of being born again.”

Thank goodness they weren’t any further in the tunnel or I don’t think they would have made it. Then they would have been going towards an entirely different light. “Heaven?” Depends on how they lived their lives, but if they’ve lived them anything like mine, probably not. “Didn’t you sell your soul to the devil for concert tickets?” And the concert was cancelled when COVID hit! If he still tries to collect I’m going to pull the old switch-changeo with a fart in a sandwich bag. 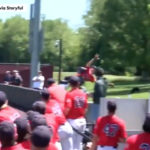 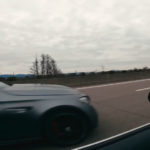