I bet that rain of debris felt refreshing.
Formula 1 Crash As Viewed From The Spectators Right In Front Of It

This is a video of Lewis Hamilton making contact with Max Verstappen’s car during the first lap of the British Grand Prix over the weekend and causing Max to crash into a tire barrier right in front of spectators. Lewis went on to win the race while Max (the point leader going in) didn’t finish, bringing Lewis within just 8 points of the lead. There’s a lot of speculation whether the hit was intentional or not, but that’s not what I came to talk about. What I came to talk about is that guy in the video who still has the tags and hat rack hook on top of his hat. Is he going to try to return that at the gift shop with a sweat ring after the race is over or what?

Keep going for the spectator footage, as well as professional footage from the actual race coverage. 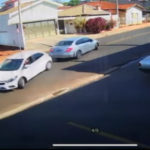 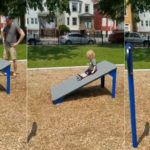