Get down from there, you're not a plane!
Man Captures Photo Of Rare Hovering Ship Illusion 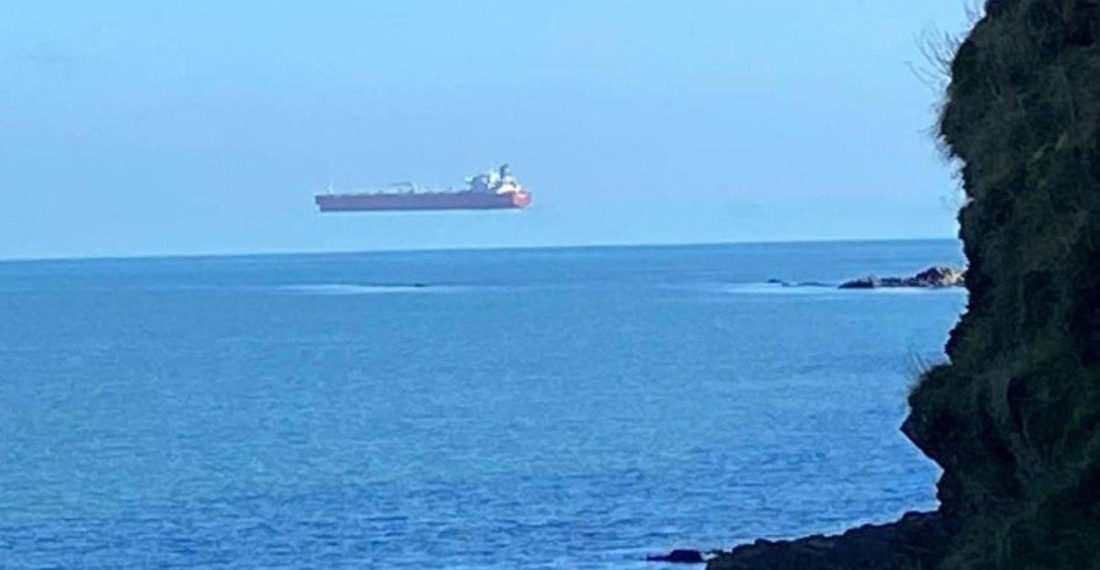 52-year old Englishman David Morris was taking a leisurely stroll along the shore of Gillan in Cornwall (presumably on the lookout for mermaids) when he spotted a floating ship. “A ghost-pirate ship?!” I think an oil tanker. Some more info about the phenomenon while I blow a coworker’s mind with my even more impressive detachable thumb illusion:

“The phenomenon occurs over a water surface and is produced by the superposition of several layers of air of different refractive index.”

When you stick a straw in a glass of water, it can look broken because the light from the straw is bent by three different mediums (and refractive indices) of air, glass, and water. The same principle is happening in Morris’ photo with layers of air that bend light differently.

“Superior mirages occur because of the weather condition known as a temperature inversion, where cold air lies close to the sea with warmer air above it,” BBC meteorologist David Braine tells BBC News. “Since cold air is denser than warm air, it bends light towards the eyes of someone standing on the ground or on the coast, changing how a distant object appears.”

I mean, sure, maybe that’s what happened if you’re a sucker and believe in science. Alternatively, maybe the ship was’t floating it all, maybe it was levitating using powerful magic. Back me up, Harry Potter! “He isn’t real.” Oh, right. My point is this: I’m not sure how, but somebody will use this photo to argue the earth is flat.

Keep going for a BBC news report in case you need to watch that.

You don't see this off Falmouth every day! 😲#mirage #falmouth#cornwall pic.twitter.com/XvGr5s3rtz 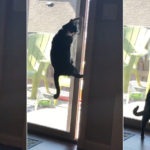 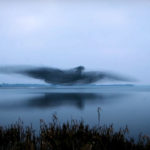 Tags:
boati'm on a boatillusionphotossciencewell how about that!
Latest Posts

Deer Herd Comes To Visit Woman On Back Patio

Glorious: Dropping A 1,200-Pound Pumpkin 100-Feet Into An Inflatable Pool