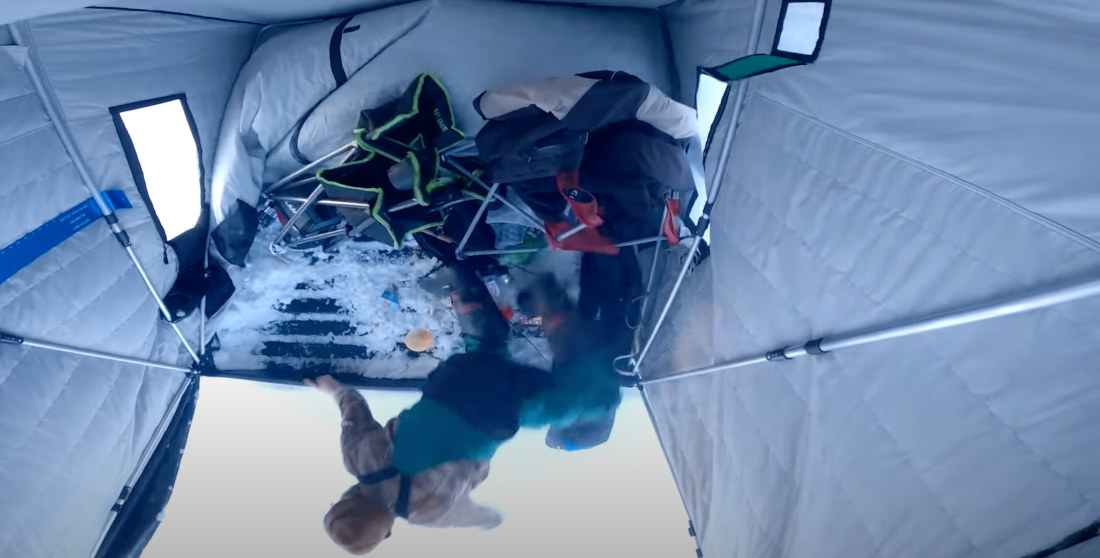 This is a video of two men ice fishing when one leaves (presumably for more liquor he doesn’t need), but forgets to detach the fishing tent from the snowmobile first, dragging the tent and his buddy inside along with him. Eventually his buddy jumps out the bottom because this is not a ride he signed up for. Per the video description:

This man had gone fishing on a frozen lake with his buddy. He remained in the portable fish house trying to hook up a rope light in the tent when his friend took off with the snowmobile. He feels a lurch only to realize that his friend had forgotten to unhook the tent from the snowmobile. He screams to get his attention. However, his friend fails to hear him. He jumps out of the moving tent to prevent damage to their gear.

Yeah, I don’t think he jumped out “to prevent damage to their gear,” I’m pretty sure he jumped out because he was getting dragged behind a snowmobile in a tent. At that point you aren’t worried about fishing gear, you’re worried about saving your own pole. “You mean penis.” And everything attached to it, yes. 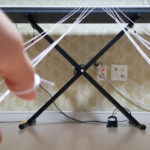 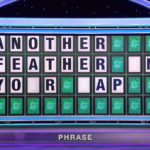