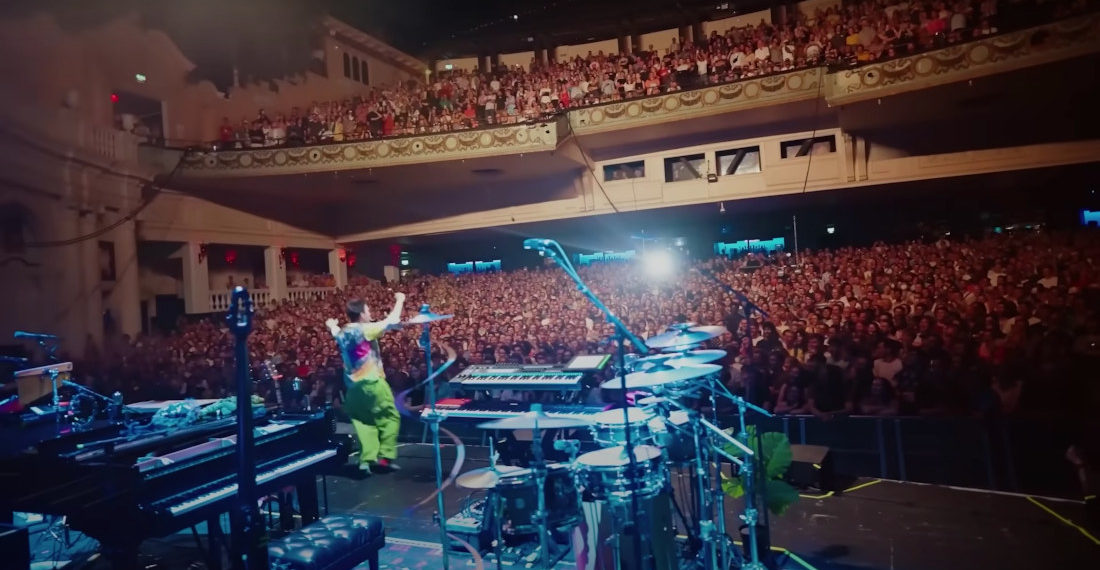 This is a video of Jazz musician Jacob Collier playing the audience like an instrument. Apparently a lot of the people who attend Jacob’s shows are musically inclined themselves (Jacob is considered a musician’s musican), which probably makes such a feat a whole lot easier. Per one Youtuber explaining just what the heck is going on:

If you want a more detailed breakdown of the mechanics of the process, he starts off by dividing the audience into 3 sections one at a time just by pointing at them, and giving them a note. He points up the middle, then to his left, then to his right. He has perfect pitch, so he can just hear the correct notes in his head. The starting notes he gives are the root, third and fifth of a major chord, in this case, G major, G B and D. From there, he then points at a section or sections, and points up or down, and that section goes up or down one step of the major scale from where they were. Sometimes he controls just a single section, sometimes 2 at once. Usually both sections go in the same direction, but near the end, one section goes up and the other goes down. He’s literally composing this 3 part harmony in his head as he’s waving his hands. Every show he does this it’s similar, but each one is unique. This one is especially long and complex in comparison to some of the other clips we’ve seen from his other shows on this tour.

Fascinating. Personally I’m tone-deaf so you would not want to try playing me. I mean, unless you want to play a love game. They’re really the only thing I’m good at. You know, over the sweater fumbling, not being able to take a bra off without ruining the mood, that sort of thing. 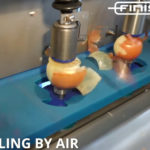 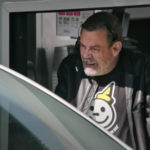