I just wish I was there.
The Closest Photo Ever Taken Of The Sun

Note: The whole photo can be seen HERE.

This is the closest photo captured of the sun to date, taken by the European Space Agency’s Solar Orbiter satellite from a distance of 77-million kilometers. It features thousands of small solar flares scientists have nicknamed campfires. Some more info while I break out all the s’mores ingredients:

“When the first images came in, my first thought was this is not possible, it can’t be that good,” David Berghmans, principal investigator for the orbiter’s Extreme Ultraviolet Imager instrument, told a press briefing on 16 July. “It was much better than we dared to hope for.”

The fires are millions or billions of times smaller than solar flares that can be seen from Earth, which are energetic eruptions thought to be caused by interactions within the Sun’s magnetic fields. The mission team has yet to figure out whether the two phenomena are driven by the same process, but they speculate that the combined effect of the many campfires could contribute to the searing heat of the Sun’s outer atmosphere, known as the corona. Why the corona is hundreds of times hotter than its surface is a longstanding mystery.

That’s cool, but give me a rocket and a camera and I’ll take even closer pictures of the sun, all the way up until my body melts, just leaving a smiling puddle on the floor of the rocket. I mean was born in space after all, it’s only fitting I should die there too. Like you know how salmon return to the rivers where they were born to spawn before dying?” “You’re saying you want to have sex in space.” It’s part of my life cycle! 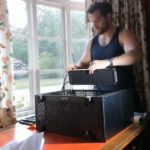 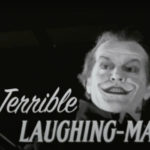 Tags:
and that lucky old sun has nothing to do but roll around heaven all dayouterspacephotospicturesspacethe solar systemthe sunto infinity and beyond!
Latest Posts

The Aftermath Of A Roomba Running Over Wired Earbuds
Recent Comments
Related
Related contents and articles.
Related Posts
NASA Releases Footage Of Perseverance Rover’s Touchdown On Mars
I Feel Like I’m There!: Mars In Stunning 4K
I’m In Space!: 4-Hour Video Of A Moon Orbit In Real Time
Guy Gives Tour Of His Incredibly Impressive Star Trek And Doctor Who Themed Basement
‹
›