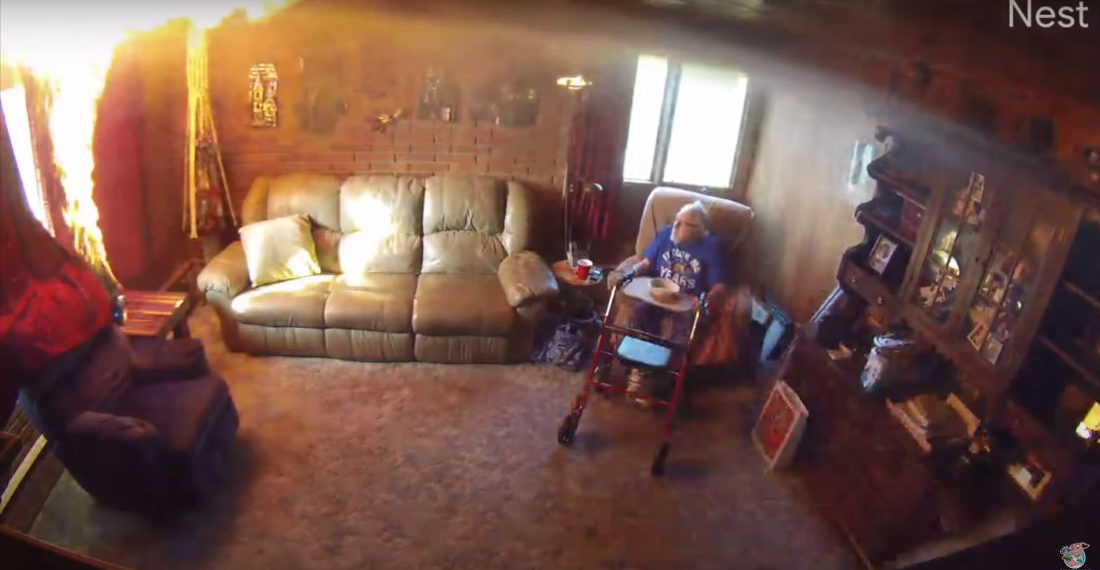 This is some Nest home security cam footage of a candle left burning next to a window when the wind blows the curtain into the flame and starts a house fire. Some more info about the incident, which explains why the old man is so cavalier while the curtain burns and the room fills with smoke. SAD SPOILER: he has severe dementia. : (

“We were finishing up a birthday get together for my 88-year-old grandfather, with severe dementia. My aunt was on her way out the door and forgot that she had left her purse behind so she went back in to grab it. Thankfully she did because had it been another 30 seconds and we would not have been able to get him out of there. He is a retired Denver Police sergeant. We had a fire extinguisher and smoke detectors but they didn’t work when it came. The fire started from a candle on the table and a gust of wind that blew the drape on top of the candle without anyone noticing. There were 20 people in the house when this started and thankfully everyone was able to get out safely.”

Damn, twenty people in the house and nobody smelled the fire any sooner? I’m just saying, I can smell a fart into a couch cushion from four rooms away. “What a superpower.” Listen *covering nose with shirt collar* we work with what we’re given, okay? 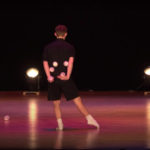 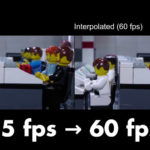