Impressive, but none of these have beer in them like I ordered.
Dare To Dream: Cup Stacker Stacks Eight Cups In Less Than A Second

Trying hard and believing in yourself: some people still do it. And to prove it, here’s a video of a man setting a new record for stacking eight cups, finishing in a blinding 0.990 seconds. Granted I’m not sure if that’s a new personal record or world record or what, but I do know I didn’t care enough to find out. Still, for cup stacking reference, I recently stacked one coffee mug on top of another in the cabinet and the next time I opened the door the top mug fell out and, after a bit of panicked juggling, shattered on the floor. Sucks too because it was my girlfriend’s favorite mug, although she probably would have said that no matter what mug it was just to make me feel bad and score some extra ammo for the next argument we have because that’s 100% what I would have done and I assume everybody is a monster like I am. 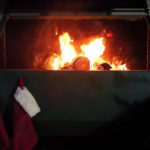 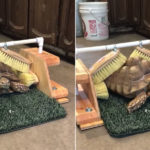