Oh yeah, I bet he licks everything too.
Kid Blows LEGO Minifig Piece Out Of Nose Two Years After Jamming It Up There

Seen here 100% looking like the sort of child that would stick LEGO pieces up his nose (it takes one to know one), 7-year old Sameer Anwar recently blew a LEGO minifig hand out of his nose after it had been up there for TWO YEARS following Sameer proving that, at least in the case of LEGO minifigs, some people can, in fact, pick their friends’ noses.

Sameer’s father, Mudassir, and his wife became alarmed when their son told them he had lost a piece of Lego up his nose, and couldn’t find it.
The concerned parents took their son to the GP, who was also unable to find, or remove it. The doctor advised them the piece would move through their son’s digestive tract, if it had even been there in the first place.
Then last night, the “unbelievable” happened Anwar said. A plate of pink cupcakes prompted his son to lean down and take a great big sniff of them.
Immediately, his nose began to hurt. Thinking he’d sniffed up some cake crumbs, his mother helped him blow his nose, hoping to thoroughly clear his nostrils.
But instead of pink cake crumbs, out dropped a tiny piece of black Lego, covered in fungus.

I mean where the hell could that piece have been that it wouldn’t continually bother him for two years? Are there parts of the nose that I don’t know about? Because both the time I got a Hot Wheels wheel and the time I got a cherry pit stuck up my nose there was no mistaking they were up there. “He cried all the way to the hospital both times.” Mom! “What?” Dad told me I was going to suffocate and he was going to turn my room into a workshop. 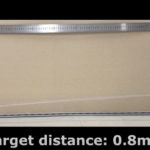 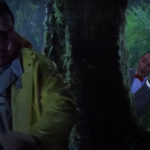