"WTF?" -- Captain Planet
Man Makes A Suit Filled With All The Trash He Accumulated In A Month 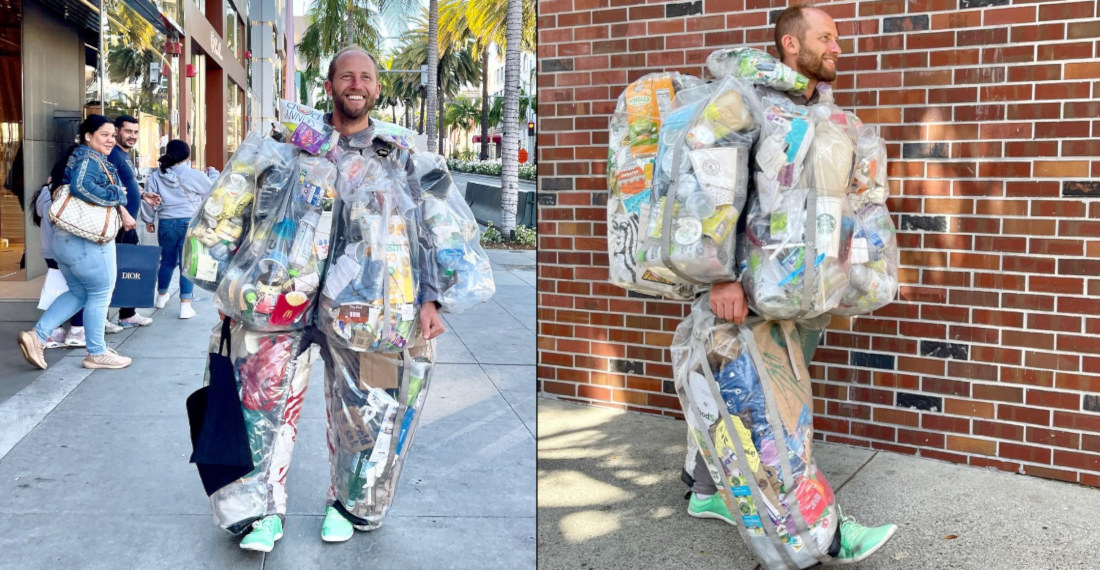 Presumably trying to piggyback on the previous performer’s trash inspired performance art, this is a video of environmental activist Rob Greenfield wearing a suit he made containing all the trash he allegedly accumulated over the course of 27 days, totally 62 pounds. Honestly, it’s a better look than some of the fashion I’ve seen recently.

The average American creates 4.5 pounds of trash per day, yet most of us never think twice about it. Once it’s in the garbage can, it’s out of sight, out of mind. I am out to change that for millions of people! For 30 days, I will live just like the average US American and wear every piece of trash I create. The idea is to create a visual that will stick with people as they go about their day to day life, instigating self-reflection and inspiring positive change!

The average American creates 4.5 pounds of trash per day?! I hope that figure includes turd weight because that number is HIGH. We’re so wasteful. Still, a lot of what Rob is carrying looks recyclable. REDUCE, REUSE, RECYCLE, BRO. Also, I really want to believe he did this, but that trash looks way too curated. I mean the McDonald’s fry box isn’t greasy and the coffee cups don’t even have stains! I don’t think this is what Captain Planet would do, Rob — he wouldn’t lie to us. And for the love of God, cut up those six-pack can holders! 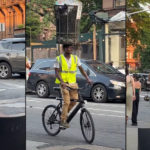 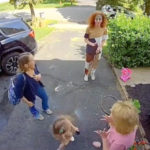