What's the deal with airline food anyway?
Ouch: Bill Nye Attempts Stand Up In The 80’s

Apparently Bill Nye attempted some standup in the early 80’s because he wasn’t sure if he wanted to go the science or comedy route, and this is the result, courtesy of Seattle Public Access TV channel 29. The first clip is just a single joke from the set, the second video is the entire performance and subsequent interview. It’s not very good, from a comedic standpoint or any other standpoint really. His joke from the first video — I watched it several times and I’m still not sure I understand it. There’s also a third video, which is Bill a few years ago discussing his stand up career (or lack thereof) and once again proving why it wasn’t a success. “Hey — the world needs ditch diggers too,” my dad would tell me every time I failed at a job I thought I’d be good at. I mean, until it was actually ditch digging. Then he just shook his head sadly and wouldn’t look at me.

Bill Nye’s early attempts at stand up comedy is a good reminder that some of you would be better off becoming scientists ❤️🧪 pic.twitter.com/ToJBJNzwu5 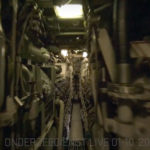 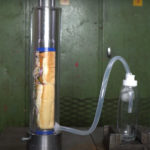