I say, anyone for a spot of tea?
The Oldest Known Video, From 1888, Gets Upscaled To 60FPS Using AI

This is a video of Louis Le Prince’s ‘Roundhay Garden Scene’ footage — the oldest known video — shot in October of 1888 in England, upscaled to 60 frames/second using an ensemble of neural networks, with some stabilization, deflickering, denoise and coloration added for good measure. Overall it looks like a very impressive job, although the upscaled footage does feature a number of ghostly artifacts. Or, who knows, maybe they’re actual ghosts. I mean this was 1888 after all, I can only assume everywhere in England was haunted at the time.

keep going for the video, but skip to 2:40 if you don’t care about a discussion of the process and just want to see the final result.

Thanks to Elliot, who informed me it’s only a matter of time until the world’s oldest adult video inevitably gets the same treatment. 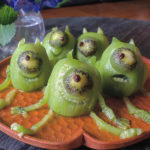